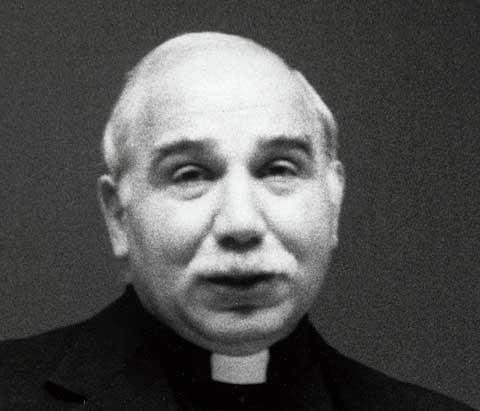 Society’s outcasts had a friend in Father Neil R. Miller.

He helped dozens of men build a sober life through Farbridge House, a 12-year-old relapse-prevention program affiliated with Rochester’s House of Mercy, which provides outreach services and ministry to the urban poor.

"My brother reached out to many who were friendless and hopeless," said his twin sister, Mercy Sister Grace Miller, director of the House of Mercy.

Although Father Miller had been involved with the House of Mercy and with Farbridge House since both of them were started, he began working directly with the programs in 2002 after retiring from parish duties, Sister Miller said. She noted that he had always wanted to expand Farbridge House to also serve women.

Father Miller grew up in Corning as a son of Italian immigrants. He was an altar boy and daily Mass communicant who attended St. Mary School, Corning Free Academy, and St. Andrew and St. Bernard’s seminaries.

He was ordained May 27, 1961, by Auxiliary Bishop Lawrence B. Casey at St. Mary Church, Corning.

Father Miller also worked in the diocesan office of Human Development (1976-83), and then worked for a year and a half on a Diocese of Rochester mission team serving in the Diocese of Tabasco, Mexico, with which Rochester had a sister-diocese relationship.

Beginning in 1985, he served for 17 years as pastor of Our Lady of Perpetual Help, Rochester, until his 2002 retirement. Sister Miller noted her brother established the Spanish-language and gospel-music Masses at Our Lady of Perpetual Help, which continue to this day. He also was involved in the beginnings of the House of Mercy and served as the chairman of its board of directors. Father Miller also officiated all of the House of Mercy’s funerals, religious occasions and special liturgies, she noted.

Father Miller also counseled individuals and families connected to the House of Mercy and Farbridge House. He had earned a doctorate in counseling from St. Bernard’s School of Theology and Ministry and was certified in counseling, Sister Miller noted.

In addition to one-on-one work with the urban poor, Father Miller was an advocate on the behalf of the poor and often attended demonstrations and protests with his sister.

"We both had the same values, and we both believed in working with the poor and social justice, but he was more calm in his approach," Sister Miller said.

Charles "C.W." Earlsey, a House of Mercy volunteer, described Father Miller as a person who never gave up on others, regardless of relapses or other setbacks.

"He never threw anybody out," said Earlsey, who noted Farbridge House’s 35 successful graduates and less than a half-dozen relapses are proof that Father Miller’s approach worked.

In a 2002 interview with the Catholic Courier upon his retirement, Father Miller said working with people was his favorite part of being a priest.