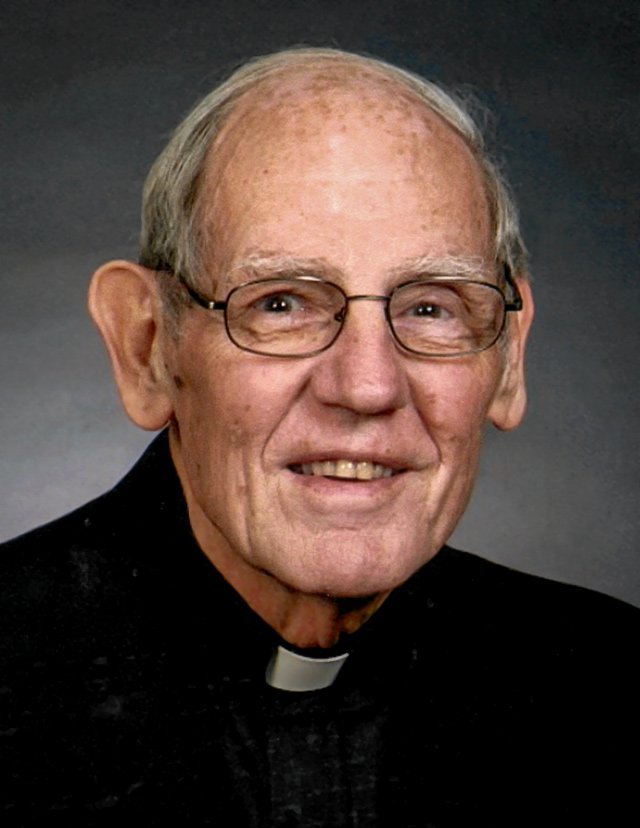 While in the Southern Tier Father Vogt served as chaplain at Elmira College, taught sacramental theology at St. Joseph School of Nursing in Elmira and taught medical ethics at St. James Mercy Hospital in Hornell.

In 1975 Father Vogt left the Southern Tier and became pastor of St. Paul of the Cross Parish in Honeoye Falls, and he led that parish until reaching senior-priest status in 1995. During this pastorate Father Vogt also briefly served as temporary administrator of St. Catherine of Siena Parish in Mendon in the mid-1980s. He also served as chaplain for Honeoye Falls’ fire and ambulance departments.

During the course of his more than six decades in the priesthood Father Vogt was involved in a number of ministries outside of his parish work. He directed a weekly radio broadcast, was involved in prison ministry, served as a judge on the interdiocesan tribunal of the Province of New York and celebrated Mass at the Rochester Psychiatric Center.

As a senior priest he lived first at Our Lady of Lourdes and then St. Thomas More parishes in Brighton, followed by the Sisters of St. Joseph Motherhouse. While living at the motherhouse, Father Vogt continued his involvement with the interdiocesan tribunal and the Rochester Psychiatric Center.

Father Vogt was a very loyal friend and was well-liked by both his fellow priests as well as his former parishioners, noted Msgr. Gerard Krieg, who met Father Vogt when both were in the seminary. The two priests remained friends throughout the years, and when Msgr. Krieg was assigned to St. Joseph in Wayland shortly after his ordination, he said he got to know Father Vogt’s family quite well. Msgr. Krieg and Father Vogt talked regularly over the phone even after Father Vogt moved to the motherhouse.

Father Vogt also was a voracious reader, and he frequently shared the books and newspaper articles he found to be of interest, Msgr. Krieg added.

“Whenever he found an article that someone else would be interested in he would be sure to pass it along. He would be buying books all over the place and giving away copies,” Msgr. Krieg recalled, noting that the last book Father Vogt gave him was Richard Rohr’s The Divine Dance, which explores the concept of the Trinity.

Calling hours for Father Vogt will be held May 4, 2017, from 2 to 4 p.m. at the Sisters of St. Joseph Motherhouse, 150 French Road, Pittsford. Bishop Salvatore R. Matano will lead evening prayer at 4 p.m.