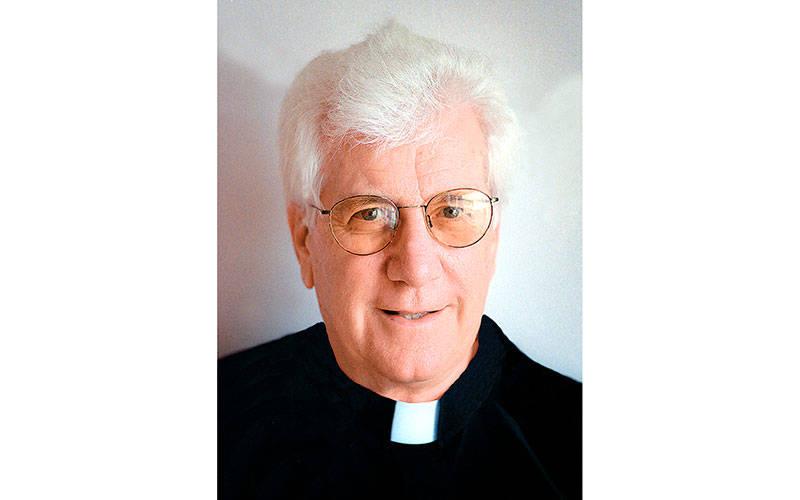 Father Brennan grew up in Auburn, where he attended Holy Family parish and school. He studied at St. Andrew’s and St. Bernard’s seminaries in Rochester, graduating with a master’s degree in divinity. He was ordained at his home parish June 6, 1959, by Bishop James E. Kearney. He also earned a doctor of ministry from Colgate Rochester Crozier Divinity School in 1985.

Father Brennan began his priestly ministry as assistant pastor at St. Michael in Penn Yan and St. Andrew in Dundee (1959-65), and St. John the Evangelist in Spencerport (1965-67).

“Those were very exciting years,” he told the Catholic Courier in 2000. “The fruits of Vatican II were really coming forth. Things were beginning to happen that are very common today.”

In 1987, he became pastor at Sacred Heart in Auburn and St. Ann in Owasco, and he served there until reaching senior status in 2000.

Father William Donnelly, who grew up in the same Auburn neighborhood and attended the same parish as Father Brennan, said there was always a close bond among the men in seminary from Auburn. Though only together in seminary for one year, the two became good friends, especially over the last two years. Father Donnelly described Father Brennan as a pleasant and joyful spirit who was very much involved in the cause of interracial justice.

“It was something that was always a part of him and a part of his ministry,” he explained. “It (interracial justice) was part of his concern and abiding interest.”

Father Louis Vasile, who also grew up in Auburn, recalled Father Brennan as a “remarkable guy” and a prime example of a good shepherd.

“He was always with his people, and he took care of them,” Father Vasile said. “He exemplified warmth that would light up a room.”

Calling hours for Father Brennan will be May 20, 2021, from 9 to 10:30 a.m. at Sacred Heart Church, 90 Melrose Road, Auburn, with his funeral Mass following at 11 a.m. Interment will take place at St. Joseph Cemetery in Auburn.

The funeral Mass will be livestreamed at FingerLakesliveStreaming.com.