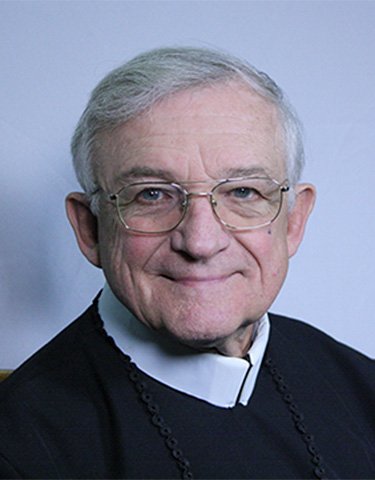 Redemptorist Father Paul Augustine Miller, a familiar face at Notre Dame Retreat House in Canandaigua for the last 17 years, died Sept. 12, 2016, after a short battle with pancreatic cancer. He was 82 years old.

Father Miller was born in 1934 in Milford Square, Pa. As a young boy he was inspired by the example of his uncle, Redemptorist Father Leonard Miller, and soon discerned his own calling to become a Redemptorist priest.

He studied at St. Mary College in North East, Pa., and Mount St. Alphonsus in Esopus, N.Y., and professed his first vows as a Redemptorist on Aug. 2, 1957. He made his perpetual profession of vows on Sept. 1, 1960, and was ordained to the Redemptorist priesthood by Cardinal Francis J. Spellman on June 17, 1962.

Father Miller began his ministry at the Redemptorists’ Notre Dame Retreat House in 1999. There he preached at numerous retreats and served as spiritual director for many men and women religious in the area. An avid gardener, he not only took care of the retreat house’s lawns and gardens, but also built a pond on the grounds and stocked it with fish, according to Redemptorist Father Frank Jones, rector at Notre Dame. Father Jones and the retreat house’s staff plan to establish a prayer garden on the grounds — most likely by the pond — in memory of Father Miller.

Father Miller is survived by his brother, Ed Miller, as well as three nephews and their families.