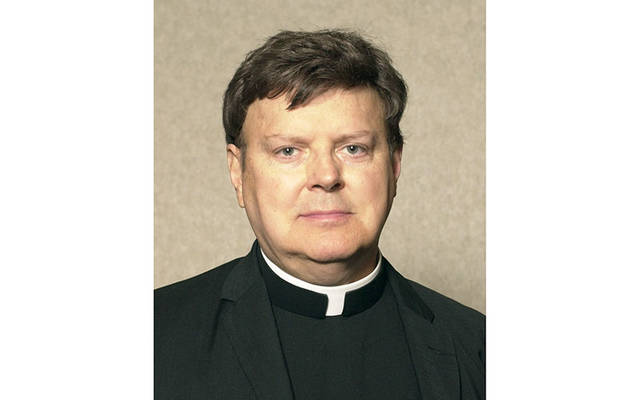 Father Ralph J. Fraats, a Utica native but longtime priest of the Diocese of Rochester, died May 1, 2020.

Father Fraats worshipped at Church of the Sacred Heart in Utica, which is part of the Diocese of Syracuse, when he was young. He later studied at Niagara University and St. Vincent Major Seminary in Latrobe, Pa., and was ordained a priest by Cardinal Patrick O’Boyle on May 28, 1960, at St. Matthew’s Cathedral in Washington, D.C.

In 1982, Father Fraats became pastor of St. John the Evangelist in Newark Valley and St. Francis in Catatonk. In 1986, he became chaplain at Auburn’s Mercy Health and Rehabilitation Center as well as Auburn Hospital Ministries/Cayuga Nursing Home. He left those posts in 1989 to become parochial vicar at St. Thomas the Apostle, and he remained at the Irondequoit parish until his retirement in 2001.

After retirement, Father Fraats briefly served as sacramental minister at St. Michael Parish in Lyons. He later lived at St. Francis of Assisi Parish in Auburn for a time before moving to New Hartford, N.Y., where he helped out at St. John the Evangelist Parish. He later moved to the Sisters of St. Joseph Motherhouse in Pittsford.

Father Fraats is survived by many friends.

Father Fraats’ funeral liturgy will be celebrated at Holy Trinity Parish in Utica at a later date.