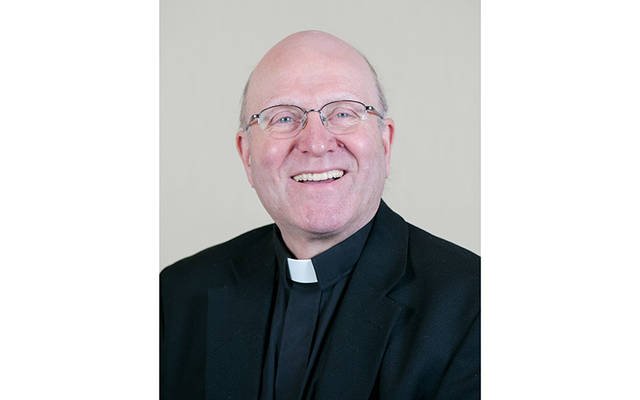 “The parishioners very much loved him,” remarked Father Lance Gonyo, pastor at St. Rita Parish. Father Shatzel helped out at the Webster parish after reaching senior priest status in 2014 and was very active in parish life at St. Rita until recently, Father Gonyo said.

“He very much loved the people he was with. He always kept in touch with his former parishioners,” Father Gonyo said.

Father Shatzel’s former parishioners and friends are sprinkled throughout all corners of the Diocese of Rochester. A Rochester native, Father Shatzel grew up in Holy Apostles Parish, where he attended the parish school before going on to study at St. Andrew’s and St. Bernard’s seminaries, also in Rochester. He was ordained June 7, 1969, by Bishop Fulton J. Sheen at Sacred Heart Cathedral.

After his ordination, Father Shatzel served as assistant pastor at St. James in Waverly from 1969-73 and at St. Pius X in Van Etten from 1971-73. In 1973 he left the Southern Tier and returned to Rochester, where he served as assistant pastor at St. Boniface from 1973-78 before serving as associate pastor at Our Mother of Sorrows in Greece from 1978-82. In 1982 he moved to Auburn, where he spent four years as associate pastor at Holy Family.

Father Shatzel returned to Rochester again in 1986 to become pastor at St. Philip Neri. He led this parish until 1996, when he returned to Our Mother of Sorrows, this time as parochial vicar.

Two years later he left the parish again to take on his second pastorate, this time at St. Mary in Bath. While there, he also served as sacramental minister at St. Gabriel in Hammondsport. He later served as pastor of St. Mary in Honeoye from 2003-07 and of Good Shepherd Catholic Community — which includes several worship sites in southern Cayuga County — from 2007-14. He reached senior-priest status in 2014 and moved to St. Rita.

Father Shatzel’s love of history was well-known to his parishioners at both Good Shepherd and St. Rita. Father Shatzel attended several of St. Rita’s many Bible study groups and always was a valued source of information, Father Gonyo said.

“He was very knowledgeable and knew Greek and Hebrew. He could speak a bit of Hebrew,” said Father Gonyo, who noted that Father Shatzel enjoyed leading occasional tour groups in Rome.

It was a well-known fact that Father Shatzel’s Masses tended to be a little longer because he wanted his parishioners to know about the history behind whatever he was preaching about, remarked Cathy Kanalley, office administrator at Good Shepherd.

“He was always trying to teach us,” Kanalley recalled.

Father Shatzel loved music just as much as he loved history and was “a gifted musician,” Father Gonyo said. The Advent and Christmas seasons evoke fond memories of Father Shatzel’s love of music and desire to share it, Kanalley added.

“At Christmastime he would invite people to come in and have a sing-along. He played the piano and we’d all sing Christmas songs,” Kanalley said. “He was a wonderful man. He was so dedicated to our Lord, and was one of his very special disciples.”

Father Shatzel is survived by a brother, a sister, a niece and a nephew.

Contributions in Father Shatzel’s memory may be made to the Sisters of St. Joseph, 150 French Road, Rochester, NY 14618.