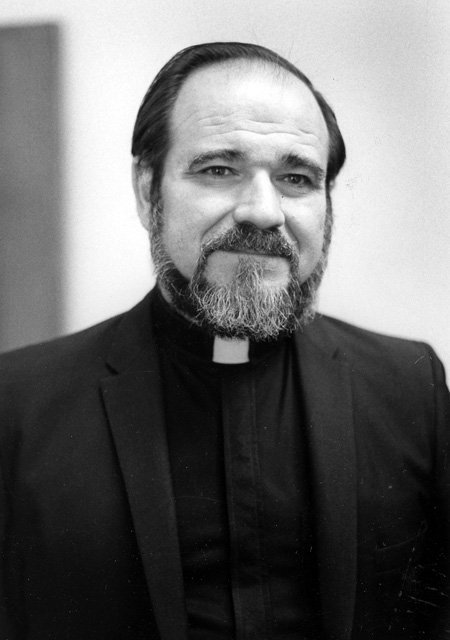 Father Falcone was a native of Rochester, growing up in St. Anthony of Padua Parish. He entered the Capuchin seminary in Beacon, N.Y., at age 12 and went on to study at Immaculate Conception (Bronx, N.Y.) and Our Lady of the Angels (Staunton, Va.) seminaries before being ordained a Capuchin Franciscan priest on May 16, 1951.

He served for many years as a seminary professor with the Capuchins, then began teaching at the former St. Bernard’s Seminary in Rochester in 1967. Father Falcone served as academic dean there from 1972 until the seminary closed in 1981. Subsequently, he was president of St. Bernard’s Institute from 1981-92. For many years he also was a professor of biblical studies at the school.

"He prepared detailed notes for each lecture and consistently had a classroom full of eager students who still to this day fondly remember his wisdom, his wry sense of humor and most importantly his dedication to his priestly ministry," Father Heyman added.

Father Heyman remarked that Father Falcone’s greatest legacy was his leadership during the 1981 transition from the former St. Bernard’s Seminary on Lake Avenue to St. Bernard’s Institute, located on the campus of Colgate Rochester Divinity School. Father Heyman also said that in more recent years, Father Falcone — whom he called "a voracious reader and scholar" — enjoyed reading in the library of the school’s current location on French Road in Pittsford.

Father Falcone was incardinated as a priest of the Diocese of Rochester in 1974. In a 2011 Catholic Courier article, he explained that he had been part of a group of Capuchins associated with the former Immaculate Heart of Mary Seminary in Geneva, but when that group relocated to New Jersey he sought to become a diocesan priest in order to retain his dean’s position at St. Bernard’s Seminary.

In the late 1970s Father Falcone headed up a task force to create a permanent diaconate program in the Diocese of Rochester, from which the first class was ordained in 1982. Over the years Father Falcone taught a number of men who went on to become permanent deacons.

"He taught, mentored, encouraged and challenged many of our deacons during their years of formation. I very much enjoyed several courses taught by Father Falcone," said Deacon John Brasley, diocesan director of deacon personnel and formation. "He was a brilliant and caring instructor who imparted his love of Christ and the church to his students."

Memorial contributions may be made to Food for the Poor Inc., 6401 Lyons Road, Coconut Creek, Fla. 33073; or your local food pantry.