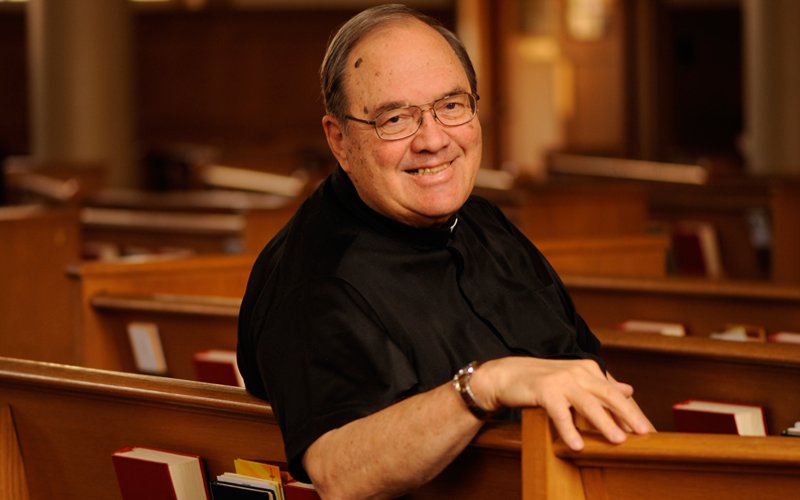 He was ordained for the Diocese of Scranton at St. Peter’s Cathedral in Scranton by Bishop J. Carroll McCormick on May 25, 1968, and later moved to the Rochester area.

In 1993, Father Plominski began as assistant pastor in the Corning-Painted Post Roman Catholic Community, which comprised Immaculate Heart of Mary in Painted Post and St. Mary, St. Patrick and St. Vincent de Paul in Corning. In 1994, he became parochial vicar at St. Patrick, Seneca Falls. In 1996, he became priest administrator for St. Margaret Mary in Apalachin.

Later that year, he served as priest administrator of St. Columba/St. Patrick Parish in Caledonia, and among his accomplishments was bringing the Renew program of small Christian communities to the parish. Parishioners at the time credited the program with helping to revitalize attendance.

In 2000, he was appointed pastor of the parish and was incardinated into the Diocese of Rochester on Aug. 28 of that year. He served in Caledonia until 2005, when he was appointed assisting priest at Guardian Angels in Henrietta (2005-12). He also began serving as a hospital chaplain in 2005; he said he found hospital ministry to be very rewarding because it was clear that he was helping people.

In 2012, Father Plominski was appointed parochial vicar of St. Anne and Our Lady of Lourdes parishes in Rochester and Brighton. From 2005-13, he served as a chaplain at area hospitals, including the facilities of Unity Health System as well as Strong Memorial and Highland hospitals. Father Plominski reached senior-priest status in 2013 and had been living at the Sisters of St. Joseph Motherhouse in Pittsford for the past several years.

He and Father Stephen Kraus lived together for a few years at St. Theodore Church in Gates before Father Plominski moved to the motherhouse.

“He was a delightful person to live with,” said Father Kraus. “He had a gentleness about him. You could talk to him just about anything. He was always very understanding and helpful.”

Calling hours will be Monday, Oct. 8, 2018, at the Sisters of St. Joseph Motherhouse, 150 French Road, Rochester, beginning at 3 p.m. and concluding with Vespers at 4 p.m., with Bishop Salvatore R. Matano presiding.

Father Plominski will lie in state at 9:30 a.m. on Tuesday, Oct. 9, 2018, at the motherhouse, where Bishop Emeritus Matthew H. Clark will preside at Father Plominski’s Mass of Christian Burial at 10:30 a.m. Burial will be at the convenience of the family.