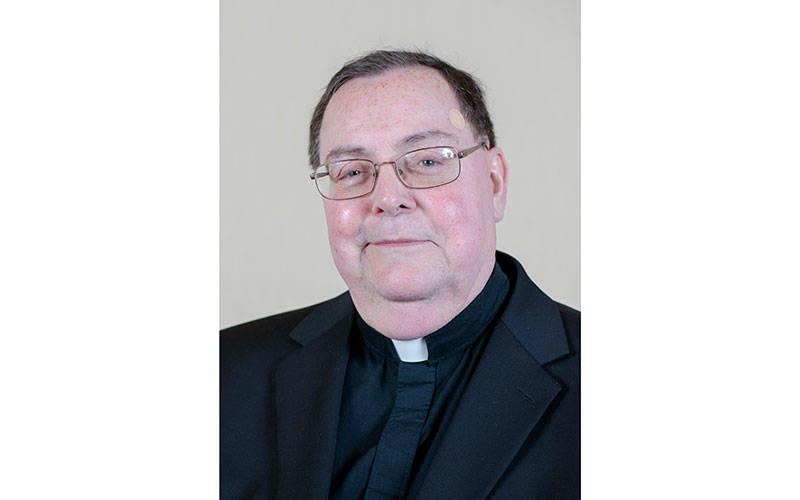 Father William Darling, a priest of the Diocese of Rochester for nearly 50 years, died April 24, 2021, after enduring a variety of health issues following open-heart surgery two months earlier. He would have turned 75 years old May 21.

Father Darling grew up in Clifton Springs, Ontario County, where his family belonged to St. Felix Parish. He attended St. Andrew’s Minor Seminary and then became part of the first class at Becket Hall, a former pre-theology program that was based at St. John Fisher College in Pittsford. He completed studies at St. Bernard’s Seminary before being ordained by Bishop Joseph L. Hogan April 27, 1973, at St. Paul of the Cross Church in Honeoye Falls.

In 2001, he became pastor of St. Christopher, North Chili, but was hampered by health issues beginning in mid-2002 that included a liver transplant in 2003. In a 2008 Catholic Courier story, he expressed gratitude for his new liver, saying that “a person who receives (a) donation has a tremendous future because someone was generous.” He added his appreciation for the scientific and medical expertise making transplants possible, saying, “That’s a gift from God, that knowledge and skill.”

Upon concluding his medical leave at the end of 2003, Father Darling served briefly in Holy Family Catholic Community in the Southern Tier before becoming parochial administrator at St. Michael, Lyons (2004-07). He then was parochial vicar of St. Mary, Canandaigua, and St. Bridget/St. Joseph, Bloomfield (2007-11), before becoming pastor of Our Lady of the Snow in Cayuga County in 2011. He remained in that pastorate until reaching senior status in 2020. At that time, he relocated to Our Mother of Sorrows Church in Greece, actively assisting by celebrating Masses and hearing confessions for the Our Mother of Sorrows/Holy Cross cluster.

Father Joseph Martuscello, the cluster’s parochial vicar, referred to Father Darling as “our beloved senior priest” as he announced the priest’s death to the Our Mother of Sorrows congregation at the start of 11 a.m. Mass April 25.

“Even as a young man, Bill was always a very spiritual person. We often kidded him that he was the ‘spiritual director’ of our class,” added Father Joseph Hart, pastor of Brighton’s Our Lady Queen of Peace/St. Thomas More parishes, who was ordained along with Father Darling in 1973. “He made excellent use of his graduate work in spirituality at the Jesuit School of Theology at Berkeley to help seminarians at St. Bernard’s, people in need in the parishes in which he served and even himself as he struggled through the years with significant health concerns.”

Calling hours for Father Darling will be April 28, 2021, from 4 to 7 p.m. at Johnson-Kennedy Funeral Home, 47 N. Main St., Canandaigua. He will lie in state April 29, 2021, from 10 to 11 a.m. at Our Mother of Sorrows Church, 5000 Mt. Read Blvd., with his funeral Mass set to begin at 11 a.m. Bishop Salvatore R. Matano will serve as principal celebrant. The funeral will be livestreamed at https://www.facebook.com/MotherOfSorrows. Interment will take place at St. Bridget Cemetery, East Bloomfield.