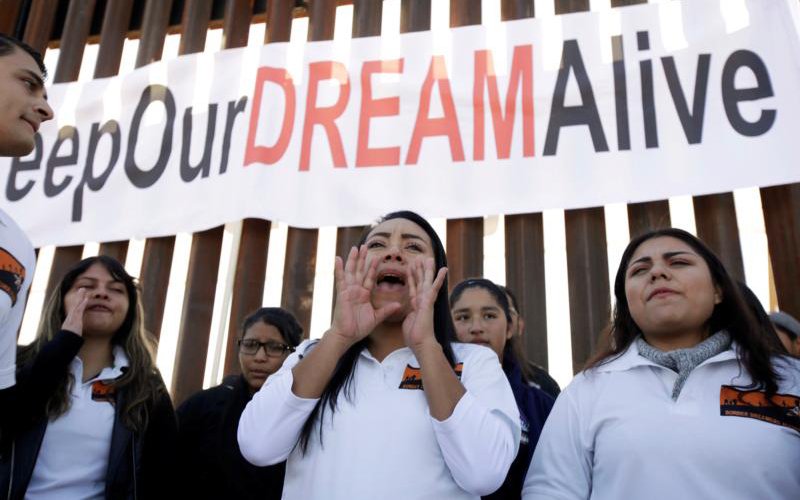 Beneficiaries of the federal Deferred Action for Childhood Arrivals program attend the "Keep Our Dream Alive" binational meeting in 2017. The Dreamers, as DACA recipients are known, gathered at a section of the U.S.-Mexico border wall in Sunland Park, N.M. (CNS photo by Jose Luis Gonzalez/Reuters)

In a 49-page ruling, Judge William Alsup of the U.S. District Court for the Northern District of California said his nationwide injunction appropriate because “our country has a strong interest in the uniform application of immigration law and policy.”

Alsup said the Trump administration must start accepting DACA renewal applications again, but he also said the federal government is not required to accept applications from those who have never before applied to be covered by DACA.

Alsup’s decision came in a lawsuit challenging the end of DACA that was filed against the U.S. Department of Homeland Security by the University of California and others.

In September, President Donald Trump announced that he would end DACA, which President Barack Obama created by executive order in 2012. At the same time, Trump called on Congress to come up with a legislative solution to keep the program in place.

Many are calling for passage of the proposed Development, Relief and Education for Alien Minors Act, or DREAM Act, to do just that. Trump and a bipartisan group from Congress met Jan. 9 to discuss a measure to keep DACA and include Trump’s demands for a border wall and other security measures.

In a statement issued early Jan. 10, White House press secretary Sarah Sanders said: “An issue of this magnitude must go through the normal legislative process. President Trump is committed to the rule of law, and will work with members of both parties to reach a permanent solution that corrects the unconstitutional actions taken by the last administration.”