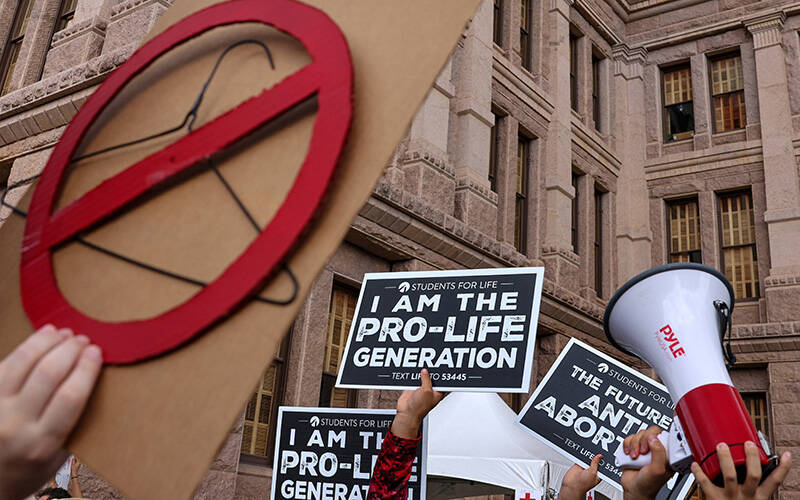 WASHINGTON (CNS) — A federal judge Oct. 6 temporarily blocked Texas from enforcing a law that went into effect Sept. 1 banning most abortions after six weeks of pregnancy.

The order from U.S. District Court Judge Robert Pitman in Austin, Texas, granted an emergency request from the Justice Department, which had already sued the state saying the abortion law was unconstitutional.

Pitman’s 113-page order said that once the new abortion law “went into effect, women have been unlawfully prevented from exercising control over their lives in ways that are protected by the Constitution.”

“This court will not sanction one more day of this offensive deprivation of such an important right,” it added.

The judge also criticized the means of enforcing the new law, saying lawmakers had “contrived an unprecedented and transparent statutory scheme” with its emphasis on private citizens bringing civil lawsuits in state court against abortion providers.

This temporary order was hardly the final word on this case as Texas officials said they would seek a reversal from the 5th U.S. Circuit Court of Appeals, which had previously allowed the abortion restrictions.

Texas Right to Life called the ruling “wildly broad, preventing Texas state officials from enforcing the law, including the shocking prevention to stop Texas elected officials and every Texas judge and court clerk from even receiving lawsuits filed by citizens against the abortion industry.”

It also said the order’s provision blocking lawmakers from such actions is “entirely unnecessary” since the language of the legislation, called the Texas Heartbeat Act, prohibits government officials from enforcing the policy.

The group said the judge’s “effort to obstruct state judges and court clerks from fulfilling their lawful duties is astonishing.”

The pro-life organization also said it is dedicated to “holding the abortion industry accountable to the fullest extent possible under the law” and is confident the state’s abortion law will “ultimately withstand this legal challenge and succeed where other states’ heartbeat bills have not.”

The “heartbeat” description for such bills comes from their ban on abortions after a fetal heartbeat is detectable.

On Sept. 1, the Supreme Court ruled against blocking the Texas abortion law, a move that sent the case back to the lower court. It is currently before the 5th U.S. Circuit Court of Appeals, based in New Orleans.

Abortion providers challenging the law had asked the high court for an emergency ruling on the law without waiting for a final decision by the appeals court.

The Texas Catholic Conference, the public policy arm of the state’s Catholic bishops, said the Supreme Court’s action marked the first time since Roe v. Wade that the nation’s high court “has allowed a pro-life law to remain while litigation proceeds in lower courts.”

“We celebrate every life saved by this legislation. Opponents of the law argue the term ‘heartbeat’ is misleading. They call it ‘embryonic cardiac activity’ or worse, ‘electrically induced flickering of embryonic tissue.’ These attempts to dehumanize the unborn are disturbing,” the Texas bishops said in a Sept. 3 statement.

Texas abortion providers urged the Supreme Court Sept. 23 to once again review their challenge to the state law asking the court to essentially fast-track a decision on this without waiting for the federal appeals court to rule on it in December.

In their Sept. 23 brief, the abortion providers said abortion clinics in Texas have stopped performing abortions, causing some women to travel to clinics in other states. If the law stays in place, they warned that other states will enact similar laws.