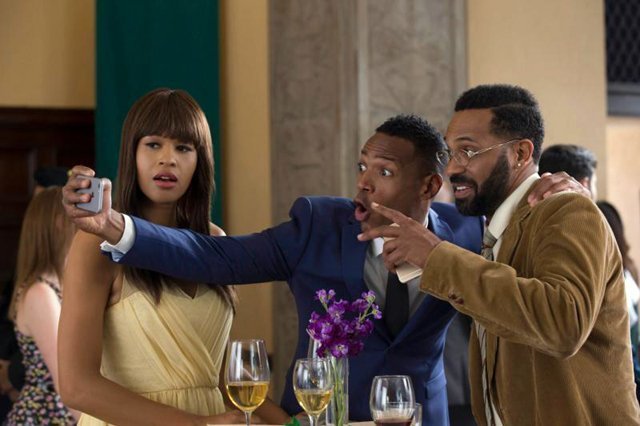 Though obviously intended as a rollicking spoof of its "Grey" counterpart, which sought to take sadomasochism mainstream, the movie develops instead into an infernal endurance test of tedium, a device as mortifying as any whip or chain.

The general idea — as scripted, loosely, by Marlon Wayans, who also stars as Christian Black, and co-writer Rick Alvarez — is that all that kinky stuffchronicled in E.L. James’ novel and the 2015 film is a purely Caucasianeccentricity, not engaged in by African-Americans.

Accordingly,director Michael Tiddes’ shoddy flick swaps out the dungeon doings for reams of dirty talk by nearly every character who’s got more than a millisecond of screen time. Kali Hawk joins in the fetid frivolity, largely made up of unfunny sexual set pieces, as Hannah, an intern.

Far from an effective sendup of what we called the "pornographically narrow focus "and "potentially dangerous message" of the original, this would-be satire itself amounts to little more than a smirking survey of body parts and biological functions.

Thoughless significant — and thus less threatening — than the culturally corrosive attack on marital love it endeavors to mock, this "Fifty Shades" does represen tan assault on the fundamentals of comedy — and is a soul-eroding waste of time.