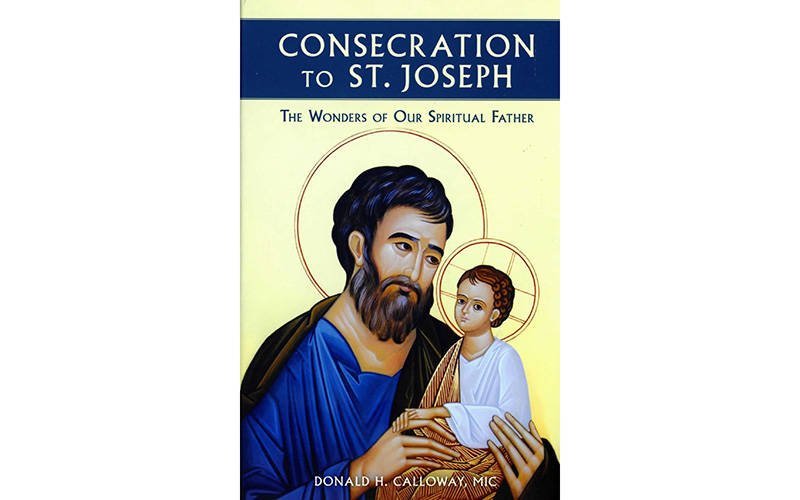 Shortly after Pope Francis declared a worldwide Year of St. Joseph, Deacon Bob Cyrana and his wife decided to purchase a statue of the saintly carpenter.

They had no idea this would be an impossible task.

“You can’t find them anywhere. They’re all back-ordered, so I knew something was going on with St. Joseph,” Deacon Cyrana recalled.

At the time, Deacon Cyrana wasn’t sure why the Year of St. Joseph seemed to resonate with so many people. After reading a recent bestselling book about St. Joseph in preparation for a Lenten initiative at St. Peter Parish in Shortsville, Phelps and Clifton Spring, however, he began to understand why many Catholics seem to have a newfound devotion to the saint.

Now he and St. Peter parishioner Brian Moser are leading a group of men who are reading about St. Joseph and plan to consecrate themselves to him during a special Mass on the saint’s March 19 feast day.

Thirty-nine men from St. Peter Parish currently are reading Father Donald H. Calloway’s 2020 book, Consecration to St. Joseph: The Wonders of Our Spiritual Father, and participating in weekly discussions, which take place at the parish center but also are open to participants via Zoom. Moser and Deacon Cyrana believe the experience of learning about and consecrating themselves to St. Joseph is likely to change the men’s lives.

“I made this comment to the group in the introduction class that we had. I thought that if the men really follow the example of St. Joseph and embrace St. Joseph, I thought that would really make them better fathers, better husbands,” Deacon Cyrana said. “Look at what St. Joseph did in his life and follow that example. Let him be your spiritual father.”

Individuals have only to look to St. Joseph to find an intercessor, a support and a guide in times of trouble, Pope Francis wrote in his Dec. 8, 2020, apostolic letter, Patris Corde (With a Father’s Heart”).

“The aim of this apostolic letter is to increase our love for this great saint, to encourage us to implore his intercession and to imitate his virtues and zeal,” Pope Francis wrote in the letter, which was released 150 years after Blessed Pius IX declared St. Joseph the patron of the Catholic Church.

Pope Francis decreed that the Year of St. Joseph would begin Dec. 8, 2020, and conclude Dec. 8, 2021. This decree has sparked a renewed interest in learning more about the life and contributions of St. Joseph, which has made it hard to obtain copies of Father Calloway’s book, Moser said.

“One of the things I was surprised about when we went to order the books for the group was the lack of availability, because so many parishes and dioceses around the country are doing this,” he explained.

Consecration to St. Joseph is organized to help people prepare to consecrate their lives to St. Joseph over the course of 33 days. The book contains prayers and readings for each of those days, so the book is broken up into manageable chunks, Deacon Cyrana said, noting that he found the information contained in those sections fascinating.

Moser said he expects learning about the life of St. Joseph will help the men in the group to become better husbands and fathers. This will strengthen those men’s families, he said, noting that in the Catholic Church’s teachings, families are frequently referred to as “domestic churches.”

“I think that (positive) impact will carry over to our brick and mortar churches,” Moser said.

Deacon Cyrana also believes the experience of reading the book and consecrating themselves to St. Joseph will benefit not only the men in his group but the community as well.

“I really think it will make you a better person,” he said. “That’s our hope, really.”