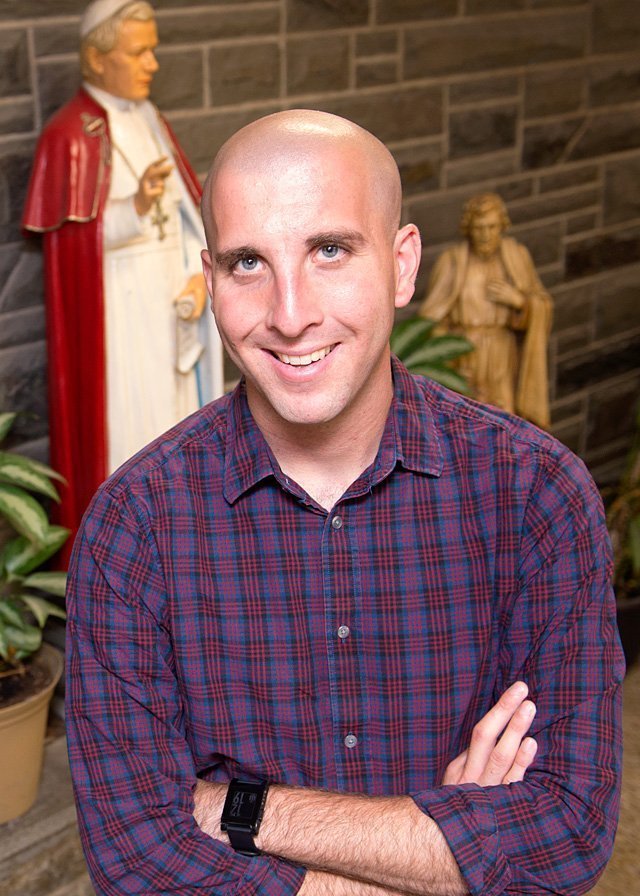 Daniel Pitnell is the new principal at St. Pius Tenth School in Chili

CHILI — Daniel Pitnell recognized his passion for education at an early age, and that passion recently propelled him into his new position as principal at St. Pius Tenth School.

"I like the challenge of (teaching someone), and the satisfaction you receive when you work with someone and the light turns on, it starts to click. That’s really satisfying to me," said Pitnell, who became principal after St. Pius’ longtime principal, Stephen Oberst, retired at the end of July.

Pitnell was still in high school when he started to discern his calling to be an educator. His friends frequently asked for his help with their schoolwork, and Pitnell was happy to oblige.

"I was pretty good at helping them out, and I realized how much I enjoyed doing that," he recalled.

After graduating from high school Pitnell earned a bachelor’s degree in music education from SUNY Fredonia in 2008 and a master’s degree in technology education from Nazareth College in 2012. He was a music instructor at Rochester’s Music Education Centers from 2010-11 and taught music and technology at the Kessler Center, also in Rochester, from 2011-13. In 2013 he became the technology coordinator at St. Mary School in Canandaigua, where he taught computer skills to students in kindergarten through eighth grade. He also coached the middle-school students on St. Mary’s Robotics Club, which competed in the annual E3 Engineering and Technology Fair held at Rochester Institute of Technology.

In 2014 Pitnell left St. Mary to become educational-technology specialist at McQuaid Jesuit High School. There he not only taught middle-school students, but also worked with teachers to help them incorporate technology into their lessons. In this role, Pitnell learned he enjoyed helping adults learn as much as he liked teaching children, and he also discovered an interest in testing, assessments and other aspects of education that aren’t related to technology.

"I would like to be able to talk with authority on stuff that’s not technology-related," Pitnell said, explaining his decision to go through the University of Rochester’s school leadership program and look for a principal position. "I’d like to be able to have an impact on the greater school culture that’s not just limited to teachers. Being a principal or administrator gives you the opportunity to touch all the bases."

Although he was searching for a new role, Pitnell wanted to stay in the Catholic-school system.

"I enjoy working at Catholic schools because we can teach to the whole person," said Pitnell, who attends Mass at Blessed Sacrament, St. Boniface and St. Mary parishes in Rochester.

Pitnell succeeds Oberst, who had been principal at St. Pius Tenth for more than 37 years. Throughout the upcoming school year Oberst will mentor Pitnell and several of the other new principals at Catholic schools throughout the diocese, and Pitnell said he is grateful for the opportunity to work with and learn from his predecessor.

"The opportunity to follow up somebody like Mr. Oberst is a great opportunity," said Pitnell, noting that he hopes to build on the work Oberst did at the Chili school. "I hope that just by being a fresh set of eyes I can really implement some positive change."