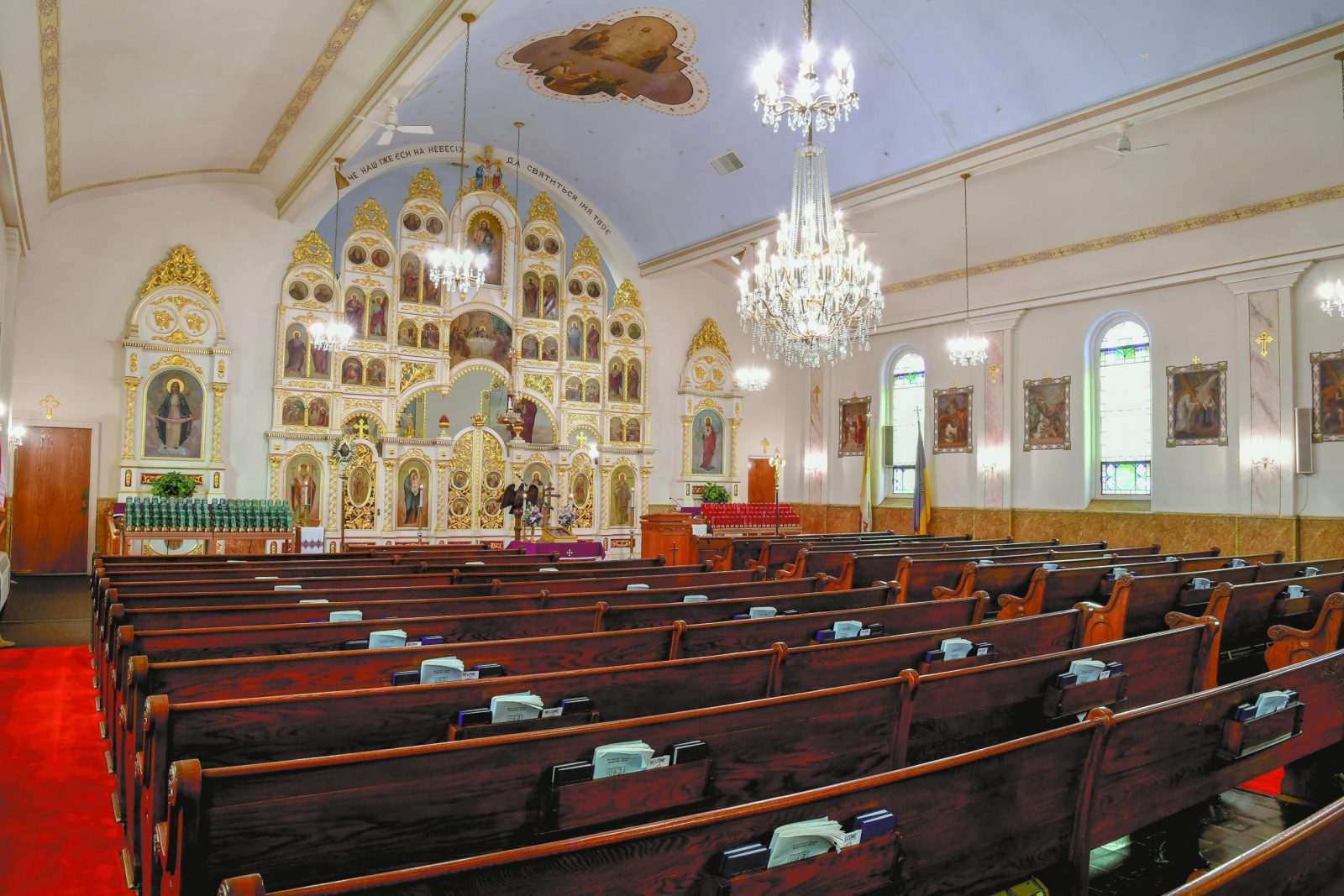 Within the geographic boundaries of the Diocese of Rochester are found five Eastern Catholic churches that are in full communion with the Church of Rome. Three of these churches are located in Monroe County, while Cayuga and Chemung counties are home to one Eastern Church each.

In most Eastern Catholic churches the Eucharistic Worship service is known as the Divine Liturgy, rather than the Mass. Eastern Catholics celebrate the same seven sacraments as Roman Catholics, although the manner of celebration somewhat differs. During the Divine Liturgy, for example, Eastern priests face away from the congregation, and Communion is administered as chunks of leavened bread, often dipped in wine.

Ground was broken in 1908 for the first church building of the St. Josaphat Ukrainian Catholic Church on Remington Street in Rochester. After quickly outgrowing the space, the parish moved to an existing building on Hudson Avenue in Rochester in 1914.

Father Basil Turula served for more than two decades as pastor from 1923 to 1949. In 1957, the parish bought land in Irondequoit and established a mission chapel. The parish moved to its current location on Ridge Road and Carter Street in 1964, and the parish’s school hall served as the temporary church until the current church was completed in 1979.
The church continues to provide bilingual ministry for its parish community, offering Masses in Ukrainian as well as in English. Other traditions the parish has maintained include the blessing of Easter baskets and of pussy willows. The latter are grown at the church and used on Palm Sunday in place of palms. Another annual tradition is the arts and crafts festival, which attracts thousands of people to the church grounds each August.

When St. Josaphat’s adopted the Gregorian calendar, parishioners who wished to retain the older Julian calendar and their Ukrainian traditions formed the Ukrainian Catholic Church of the Epiphany in 1958. The first church was located on Carter Street and Willite Drive in the former First Evangelical United Brethren Church in Rochester. When that church became too small for the expanding congregation, Bishop Ambrose Senyshyn of the Eparchy of Stamford, Conn., laid the cornerstone for a new church to be built down the road at the corner of Carter Street and Holbrooke Street in 1969. The church was completed in 1971. Father Stephen Horodeckyj was the parish’s first pastor.

St. Nicholas Church in Elmira Heights is the only Ukrainian Catholic church in the Southern Tier of the Diocese of Rochester.

Its first building was constructed during its founding year of 1895 at the corner of West 14th Street and Parkwood Avenue to serve a wave of settlers from the Ukraine. That structure was moved in 1910 to the corner of Horseheads Boulevard and East 11th Street.

Another influx of Eastern European immigrants after World War II precipitated the need for a new church; the current facility was dedicated Aug. 31, 1958, by Stamford Bishop Ambrose Senyshyn.

These families had been attending Mass at St. Alphonsus Parish, but longed for Masses in their own language, rite and tradition. They purchased a plot of land on Washington Street and built a small church building. Father Leo Goretsky was Ss. Peter and Paul’s first resident pastor.

Additional plots of land adjacent to the church were purchased as the parish grew over the next few years, and soon construction began on a new church, which was dedicated in 1911.

Named for St. Nicholas of Myra, St. Nicholas the Wonderworker Church was founded in 1925 by Lebanese, Syrian and Palestinian immigrants. They wanted to worship God in a manner familiar to them and believed that the sacraments, practices and traditions of their homeland retained purpose and relevance.

The original St. Nicholas the Wonderworker Church was located on Remington Street in Rochester. In 2000, the church relocated to Spencerport Road in Gates and serves about 90 families.

Eastern Catholic Churches in the Diocese of Rochester

Ukrainian Church of the Epiphany