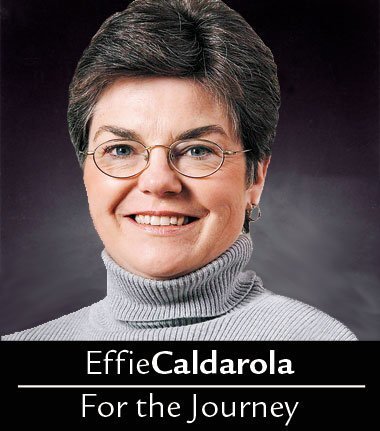 It was all over Facebook when I checked my posts the other day.

There was Pope Francis, clad in the typical hospital green scrubs, with a mask as well, visiting the newborn section of an Italian hospital, including the intensive care unit where five little ones struggled for survival due to early births or other complications.

Facebook loves stories about babies, dogs and cats. If you can get all three in one story, Facebook really eats it up. But if instead you bring in a smiling pope dressed in hospital scrubs holding a baby, that’s a winner as well.

What I loved about the Pope Francis story was that it was just one more chapter in the pontiff’s "Mercy Friday" visits. I wish all of his monthly Fridays had attracted as much attention.

On a recent Friday, he visited 20 former prostitutes at a charity that assists women who have been trafficked. These particular women were from Africa, Italy and Eastern Europe, and the pope’s visit not only comforted them on their difficult journey, it also called attention to one of the great problems of our age: human trafficking.

We are still in the Extraordinary Jubilee Year of Mercy, which Pope Francis proclaimed from Dec. 8, 2015, until Nov. 20, 2016. This Year of Mercy is called "extraordinary" because it fell out of the normal 25-year rotation for jubilee years. It’s a bonus year, one might say, and when it was announced, it garnered all kinds of attention in church bulletins and in the Catholic press.

But you know how it goes with the news cycle. Something else comes along and our attention is diverted. Before you know it, Nov. 20 will be here and we’ll ask ourselves, just what did I do in the Year of Mercy?

Sometimes, I think our efforts are stymied by the thought that we have to do something big to make it count. So then we procrastinate and do nothing.

During the Year of Mercy, the U.S. Catholic bishops’ website has suggestions for performing acts of mercy, and here’s one of them: Eat lunch with someone who may be lonesome. Now, really, how tough is that?

Do you work in an office or in a school where, at lunchtime, some people seem always to be alone? How much effort does it take to join them?

Or do you have an elderly relative who might love a chatty phone call today? Hey, that’s mercy, too.

A good place to start would be to reread the corporal and spiritual works of mercy, our Christian road map to compassionate action.

Kerry Weber actually beat Pope Francis to the punch on mercy by writing a great little book a few years ago called Mercy in the City. It recounts her efforts during Lent to perform each corporal work of mercy. It’s entertaining and inspiring to see her moving around New York City endeavoring to visit a prison or spend the night in a homeless shelter.

Weber’s book would make a great text for a faith-formation class, and it’s a great idea as well.

What if we kept a mercy journal as we try to delve into practices of mercy? Just a simple little notebook in which we chronicle each effort, and its outcome might focus our attention on mercy.

Some of Pope Francis’ other ventures included a Friday visit to sick children during a trip to Poland and a visit to elderly priests. He spent one Friday with developmentally disabled patients at a L’Arche community.

Great leaders lead by example. Pope Francis has set the course. What will we do?