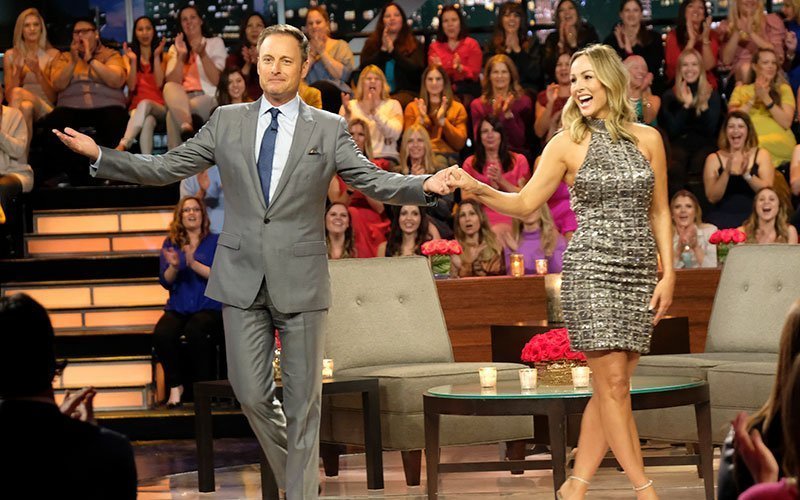 WASHINGTON (CNS) — The new fall TV season is not going to resemble anything you’ve seen in quite some time. Chalk up another casualty to the coronavirus.

Ordinarily, each of the networks has its fall schedule firmed up by mid-May. This year, ABC was the last to announce a schedule, on June 24 — and made a substitution the very next day.

Jointly, the five commercial broadcast networks fill up 93 hours of prime time: 22 each for ABC, CBS and NBC, 15 for Fox and 12 for the CW. Let’s see how that breaks down this fall.

First, there are just eight new series being rolled out across all five networks. In past years, if one of the networks had a particularly brutal season, they’d bring out eight new shows all by themselves. The reliance on established series is virtually unprecedented, especially by lower-performing networks, whose typical philosophy is “we’ve got nothing to lose by ditching a low-rated series and hoping its replacement catches on.”

Factors at play here? TV watching of all types went up during the pandemic. Viewers tuned in, and appeared to like what they saw. Mounting a new series could be an expensive waste of time under a new set of circumstances. And if production continues to be stalled by the pandemic, the networks can at least rely on reruns to tide viewers over until new episodes can be aired.

By the way, the networks have yet to announce the new-season debut dates. While usually in middle or late September, the pandemic is a wild card that could stretch the definition of “fall.”

News and information: 11 hours. This includes news-ish programs like reenacted true-crime mysteries. Both ABC and NBC have two-hour newsmagazine blocks at 9-11 p.m. EDT Fridays, and CBS is devoting its entire Saturday lineup to this genre.

Sports: 14 hours — less if you don’t believe wrestling is a sport. It could be more, and the networks are crossing their fingers that’ll be the case. But with all the trouble that was experienced by Major League Baseball — the most socially distanced of all the major team sports — in even getting players into camp, it remains to be seen how pro basketball and pro hockey will resume their seasons and playoff championships, and whether pro football and college football will be able to be played at all.

Fox carries the World Series. ABC airs the NBA Finals. NBC will have at least a couple of games, and maybe more, in hockey’s Stanley Cup championship. ABC also has slated college football for Saturday night, Fox often carries college gridiron action as well during the fall, and Fox and NBC air prime-time NFL games. If. And that’s a big if.

Reality: 17 hours. I define reality as competitions or game shows. Two hours each of “The Bachelorette” or “The Voice” may seem like frying an omelet while the golden egg is still inside the goose. But networks don’t have much choice. Even the CW gets in on the action as summer staples “Whose Line Is It Anyway?” and “Penn &amp; Teller: Fool Us” slide over into the fall programming bin.

This century, networks have insisted on a slice of the production pie from studios. This accounts for why you see a preponderance of old Fox and NBC series on Hulu, because it was founded by Fox and NBC’s parent, Comcast. They realized there was gold in them thar reruns if they could find a way to extract the dough from consumers.

But with the production shelves bare, some networks are reaching out to independent suppliers to pad out their fall schedule. The CW has four such series — “Swamp Thing,” “Tell Me A Story,” “Devils” and “Coroner” — set to debut, and Fox is trotting out “L.A.’s Finest” while wondering how to film “9-1-1” and “9-1-1: Lone Star” under new rules yet to be written.

Even with all of the renewed series, scriptwriters can write until their fingerprints fall off, but someone still has to build the sets and cast the guest stars and any one of a hundred different things that you see in those blink-and-they’re gone closing credits.

Developing return-to-work protocols in any industry given the pandemic is daunting. But consider acting. TV gives the illusion there’s more space between actors than there really is; you’d be surprised at the space crunch at your favorite local station’s news anchor desk. Plus there’s all of the technical support on the set that’s required.

Canada, which has been a favorite spot to film because of government incentives and a relatively weak Canadian dollar, is still pretty much off-limits to stem the coronavirus’ spread.

It’s a different universe out there, and not one that a 500-channel universe can just wish away.

When you keep your eye on TV, what do you see? What are your likes or dislikes? What are your concerns and criticisms? Be as general or as specific as you wish. Send your comments to: Mark Pattison, Media Editor, Catholic News Service, 3211 Fourth St. NE, Washington, DC 20017.