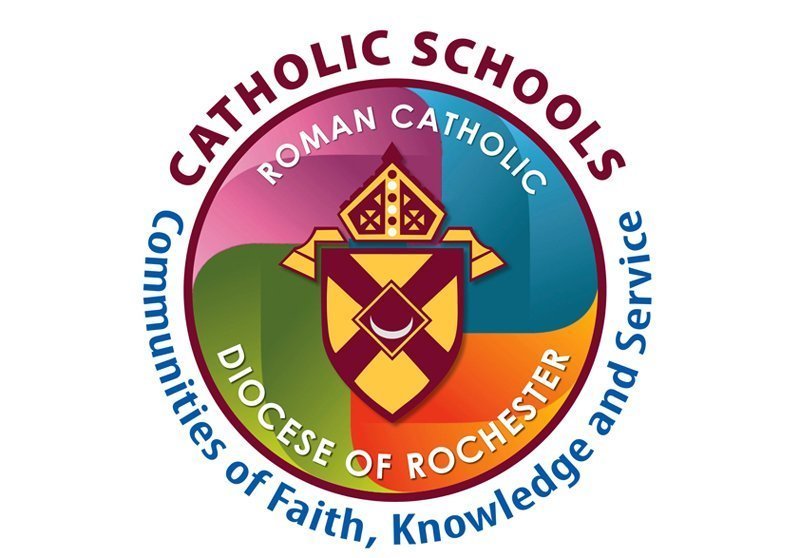 Other classmates may find it frightening, but Michael Woglom is one youngster who can’t wait for a gigantic, colorful creature to return to Corning’s All Saints Academy.

“They bring in a dragon and they run around the gym with it. It’s really cool,” said Michael, 10, noting that “it took like eight or nine people” to guide the beast last year.

The dragon will once again highlight a Chinese New Year party at All Saints, to be held Feb. 22 by the school’s Chinese Club. This celebration serves as a prime example of how foreign-language study at diocesan schools — either in clubs or as a curriculum — can be fun as well as informative.

The Chinese Club in Corning, begun in late 2007, draws approximately 40 children who meet after school twice per month. JingRong Hou, a native of Gansu Province in China, serves as volunteer teacher, and Cheryl Darrup-Boychuck, an All Saints parent, assists her. According to Darrup-Boychuck, the club introduces young people to mainland Chinese culture and Mandarin language and is open to all grade levels (prekindergarten through 8). Club activities include practicing traditional Chinese calligraphy; learning to use chopsticks; counting to 10; using several Mandarin phrases; staging full-blown Chinese meals; and of course holding the Chinese New Year party when the famous dragon will be loaned out from the local Chinese Association.

The dragon is a personal favorite for Regina George, 10, an All Saints fifth-grader. She’s learning quite a bit, too, noting that in a recent meeting of the Chinese Club “we learned how to say Merry Christmas and words like mom, dad, brother and sister.”

Michael, who also is in fifth grade, admitted that he finds calligraphy a daunting art to master. Whereas nearly all English letters are begun from the left side, Michael observed that Chinese letters are “really hard because you have to start from specific sides. And you start from inside to write the numbers. It’s pretty hard, but it’s fun.”

Darrup-Boychuck’s son William, 8, an All Saints second-grader, said his favorite part of being in the Chinese Club is “eating Chinese food.” He added that he’s also glad to be learning more about the culture and language, since he and his family might actually be traveling to China in the near future. His mother contended that greater attention to this subject is warranted in schools based on “the importance of China and its people in our global economy.”

Meanwhile, Spanish remains the most prevalent foreign language at diocesan schools. All Saints Academy also offers a Spanish Club, making it among a handful of diocesan schools featuring two foreign languages. Another such school is St. John Neumann in Rochester: According to Marie Arcuri, principal, the Spanish Club is held for two eight-week periods during the school year, and the Chinese Club is conducted in two six-week blocks.

Jeanette Hernandez, longtime Spanish teacher at St. Francis-St. Stephen School in Geneva, noted that most public and private schools in New York state have Spanish curriculum beginning in seventh grade. She, on the other hand, begins teaching Spanish at the sixth-grade level, feeling that the younger a student starts with the language, the better a grip he or she will have on it later in life.

“They’re excited about taking something that’s different,” Hernandez said of the sixth-graders.

Hernandez said she introduces Spanish words in sixth grade, and grammar and vocabulary to seventh-graders. By eighth grade, students should be capable of conversing freely and writing essays in Spanish. Hernandez spices up the latter exercise by having her classes write “love letters” to celebrities, producing some interesting results that are “really quite funny,” she said.

Hernandez said acquiring good Spanish skills can serve several practical purposes, such as being adequately equipped to tour in Spanish-speaking countries. And, she noted that one of her students plans to someday play major-league baseball and said he wants to know Spanish since there are so many Hispanic players at that level.

In fact, St. Francis-St. Stephen youths are already putting their Spanish skills to work. Hernandez said many of her students take part in a weekly service project involving the local community lunch program and are able to communicate in Spanish with the Hispanic lunch recipients.