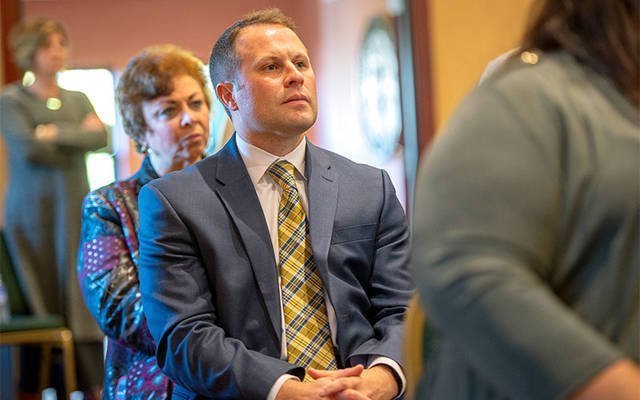 Anthony S. Cook III, former superintendent of Catholic schools for the Diocese of Rochester, has been named as the next president of Rochester’s Aquinas Institute. (File photo)

Rochester’s Aquinas Institute announced Jan. 16 that Anthony S. Cook III, former superintendent of Catholic schools for the Diocese of Rochester, will be the school’s next president.

Cook will replace Michael R. Daley, who announced in September that he will be retiring after serving 17 years as the school’s president. Cook will be the third president in Aquinas’s 118-year history.

In September, Cook became the executive director of alumni relations and development at Aquinas, after serving six years as the superintendent of Catholic schools for the Diocese of Rochester. Prior to that, he served as principal at Seton Catholic School in Brighton (2012-13), as well as middle school dean of students and teacher at Aquinas (2004-11).

“As the oldest of four Aquinas graduates in my family, this school holds a very special place in my heart,” Cook said in a news release announcing his appointment. “I attribute so much of the success that I have had in both my professional and personal life to the outstanding education that I received at Aquinas.”

Cook will begin his new role as president on Feb. 3. Daley has agreed to stay on as an adviser to Cook to assist with the transition.