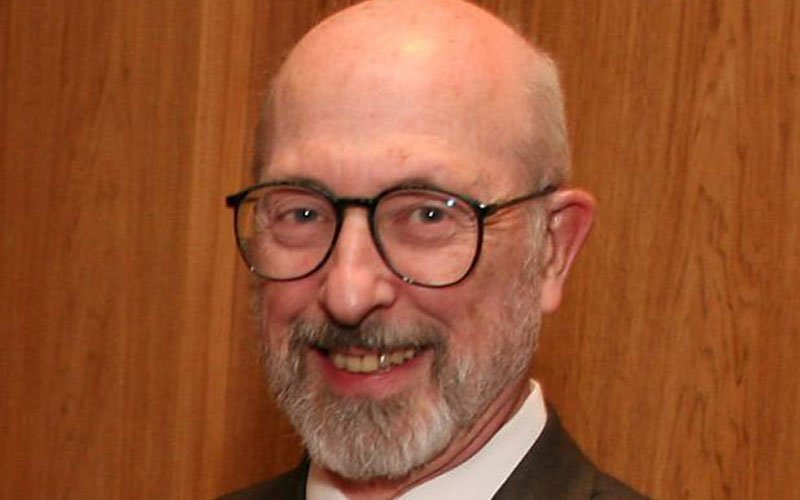 WASHINGTON (CNS) — Upon first hearing in August of a Pennsylvania grand jury’s findings about how Catholic clergy abused children and young people, veteran journalist Peter Steinfels was — like a lot other people — shocked and appalled.

Soon, Steinfels told Catholic News Service, he wanted to learn more about the grand jurors’ conclusion that the claims of “all” the victims were systematically brushed aside and covered up by church officials.

A former religion reporter at The New York Times and former editor of Commonweal magazine, Steinfels had little disagreement with most of the documentation on the abuse allegations.

Still, questions persisted in his mind. He wondered what prompted the grand jury to conclude that six of Pennsylvania’s eight Catholic dioceses acted “in virtual lockstep” to cover up abuse allegations and dismiss alleged victims over the course of seven decades beginning in 1947.

He also was troubled by what he found to be incomplete work by journalists who covered the report’s release.

“I saw that every journalist’s report was based on the first 12-pages, the summary (of the report),” he said in a telephone interview from his New York apartment.

So Steinfels embarked on a weeks-long study of the report released during a high-profile media conference called by Pennsylvania Attorney General Josh Shapiro Aug. 14. Steinfels contrasted the massive report’s conclusion on the church’s response to cases of abuse with copies of the dioceses’ own documents.

How those documents were released also bothered Steinfels. In one version of the grand jury’s report, totaling 884 pages, only the allegations were included. A second version, at 1,356 pages, included more than 470 pages of diocesan documents.

In the end, Steinfels concluded that the grand jury report largely overlooked the church documents and “misrepresented” that “the church was dismissing the needs of victims suffering the abuse and the long-lasting effects of that.”

He detailed his concerns in a 12,000-word essay posted Jan. 14 on the Commonweal website. It also appeared in the magazine’s Jan. 25 print edition.

“Because I am challenging these sweeping indiscriminate charges about all victims being brushed aside, church officials doing nothing except hiding things while priests were raping little boys and little girls, I’m not saying the opposite, that no victims were brushed aside, that all church officials and bishops did nothing,” he told CNS Jan. 17.

“The result of that is a focus just on negligent or even complicit bishops versus victims,” he said.

Over the years, Steinfels said, he has come to realize that other factors affect the overarching travails of clergy sex abuse, among them seminary training; the work of treatment centers for clergy accused of abuse; changing cultural attitudes toward abuse; and even how law enforcement authorities responded to abuse reports.

The story of clergy abuse is incomplete without understanding the full picture, he explained.

After mulling the Pennsylvania report, Steinfels checked with friends familiar with grand jury proceedings, asking in particular about the strong language of the final investigative report, which is designed to present information rather than indict anyone for a crime. He said one person with whom he discussed the report remarked how “it stood out in his mind,” calling it “shock and awe.”

“I decided at that point I really had to look at it more extensively,” Steinfels said.

There were times, Steinfels discovered, when the church did not respond in a compassionate manner to abuse victims’ claims. But for the grand jurors to say there was a blanket policy to dismiss the victims in order to protect the reputation of clergy and the church is inaccurate, he said.

Of note, Steinfels said, was that the report did not place into context that church authorities had received a third or more of the alleged crimes documented in the report just since 2002, the year the U.S. bishops adopted the “Charter for the Protection of Children and Young People” during a much-publicized meeting in Dallas. The charter mandates automatic removal from ministry when a priest or other church worker is accused of abuse.

The charter emerged following extensive media reports in Boston and elsewhere of clergy abuse and how some priests were moved to new assignments where abuse continued and secrecy in how church officials responded to abuse.

He also said the grand jury report did not mention how the count of 301 alleged abusers — mostly priests but also other church workers — contrasted with the total number of priests in ministry in the six dioceses over the 70 years examined.

To better understand the church’s response to clergy abuse, Steinfels chose at random to review the details outlined in the report related to the Diocese of Erie. He determined that Bishop Michael E. Murphy (who served 1982-1990) and Bishop Donald W. Trautman (1990-2012) did not overlook abuse allegations and ignore the needs of abuse survivors to the extent charged by the grand jury.

“I found that since Bishop Murphy and particularly since 1990 under Bishop Trautman, there were probably some errors of judgment, but the whole thing not only contradicted the grand jury’s sweeping report, it contradicted the existing narrative about this,” Steinfels told CNS.

There was no effort to brush aside victims and no reassignment of clergy, Steinfels said.

At the end of his Commonweal article, Steinfels explained, he states “the fact that they (grand jurors) made these charges against every diocese, minimizing in my view the changes that came in with the Dallas charter.”

Steinfels said the grand jury would have performed a greater service if it would have issued “a very fact-based, hard-hitting critical report of aspects of the church’s response to credible (clergy abuse) allegations over a period of time and maybe some stronger positive things that would have been valuable for our knowledge of this whole question.”

Steinfels offered suggestions on how the church and its leaders could possibly begin to address the complicated situation in which the church finds itself.

Clergy, including the bishops, can utilize their homily at Mass or a prayer service reflection to acknowledge and apologize for past sins regarding clergy sex abuse, Steinfels said.

“The pulpit is not a place for conveying information,” he said. “But it could be a place … of acknowledging and apologizing, an encouragement for people to want and to seek a more full view of this whole story,” he said.

“On the side of victims, there is some kind of responsibility to try and get a fuller story to these people who are to some extent demoralized by this or they fall back on it (their experience) when they’re struggling with questions of faith,” Steinfels said.

The constraints facing bishops because of the history of abuse and the improper handling of cases by some in the hierarchy works to tarnish all the hierarchy, Steinfels said.

“That is a burden on them and their responsibility,” he said.

Nevertheless, he said he believes bishops hold deep pastoral concerns focused on healing for the church and the importance of not revictimizing the victims when they speak about the church’s response to clergy abuse.

Scholars, too, can perform a service for the church by examining the many elements of the sex abuse scandal that have yet to be explored to better understand how things got to be where they are today, Steinfels said.

Steinfels also said he understands how the bishops and concerned Catholics in general harbor “legitimate complaints about (news reporting) being so narrow and oversimplified.”

Recognizing that journalists face extreme deadline pressure in today’s fast-paced media environment, he said he understands that executive summaries of wide-ranging reports can help them tell a story as quickly as possible. At the same time, he told CNS, journalists have a responsibility to critically review the documents on which they report to assess their fairness, accuracy and completeness after their initial coverage.

“Generalizations about bishops are more than slightly dangerous. I’m sure there are bishops who will react very defensively and want to discount this as anti-Catholicism and media smears and so on. That is a concern I have,” he continued.

“I think there are other bishops who feel the story has been badly and incompletely told,” he added, “and I don’t know exactly what they can do about it without making things worse.”

Reaction to the essay expressed directly to Steinfels has been “very positive.” He said he has received emails and calls thanking him for his analysis and expected more reaction to arrive as print subscribers begin to receive the magazine via mail.

“I said to a priest friend it’s like the times when people come up to you to compliment you after a sermon,” Steinfels said. “I’ve asked the millennials (on) the Commonweal staff to keep track of things on social media. They forwarded to me very few things of any substance that criticized (the essay).”

He also is waiting for reaction from Shapiro to the criticism he outlines. “I’ve been wondering if a few shoes have yet to drop,” he said.