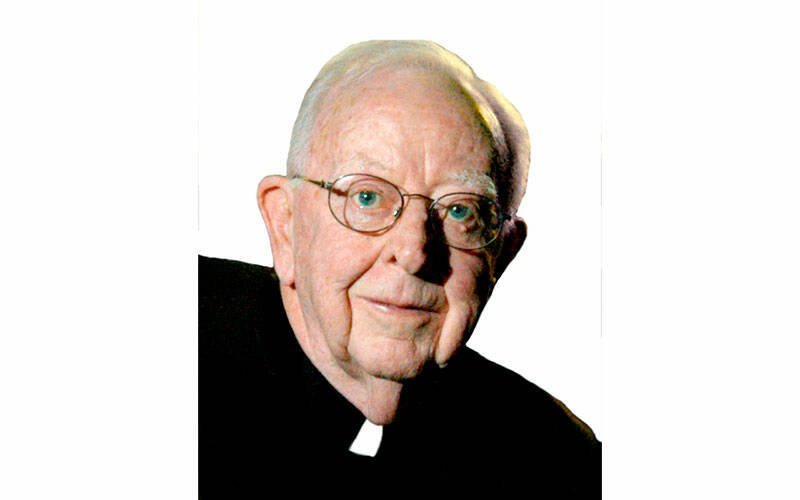 Father Edward Golden, who served parishes, prisons and a South American mission over the course of his 60-year priesthood, died Oct. 9, 2021, at the Hildebrandt Hospice Care Center in Rochester. He was 86 years old.

Father Golden was a native of St. Mary Southside Parish in Elmira. He attended St. Andrew’s and St. Bernard’s seminaries, and was ordained a priest of the Diocese of Rochester on May 27, 1961, by Auxiliary Bishop Lawrence B. Casey at St. Mary Church in Corning. He then served as assisting priest at St. Stephen, Geneva (1961-64), and Blessed Sacrament, Rochester (1964-68).

“I was grateful that I was a part of the Second Vatican Council (1962-65) era, with all that excitement,” Father Golden said in a May 2021 Catholic Courier article noting the 60th anniversary of his ordination.

Father Golden then served for six years in La Paz, Bolivia, where the Rochester Diocese operated a mission at the time. After returning to Rochester, he became codirector of the diocesan Spanish Apostolate in 1974. He served as pastor of Rochester’s St. Francis Xavier Church (1976-82) and chaplain at Elmira Correctional Facility, Southport Correctional Facility and Monterey Shock Camp (1982-91).

Father Golden’s longest priestly assignment was as pastor of Church of the Assumption, Fairport (1991-2001). He served as parochial vicar at Rochester’s City West parishes before reaching senior-priest status in 2005. Later, he was chaplain at Cherry Ridge in Webster, which is part of St. Ann’s Community; and as a senior priest at Rochester’s Peace of Christ Parish.

“He was very dedicated to his priesthood and especially the people that he served. He lived very simply, and worked very hard when his health allowed him to,” said Father Richard Brickler, a senior priest in the Diocese of Rochester and classmate of Father Golden’s.

Father Brickler called Father Golden a “wonderful friend,” saying that “he had a wonderful sense of humor and was very, very talented but very humble — always easy to be with, a very easy way about him.”

Father Golden is survived by his sister, Regina Golden Wright; nieces, nephews and their families; and close friend Annette Truby.

On Thursday, Oct. 14, calling hours will be from 4 to 7 p.m. at McInerny Funeral Home, 502 W. Water St., Elmira. Father Golden will lie in state from 9 to 11 a.m. Friday, Oct. 15, at St. Mary Southside Church, 224 Franklin St., Elmira, where his funeral Mass will follow at 11 a.m. A livestream of the funeral liturgy will be available at https://www.facebook.com/ElmiraCatholic. Interment will take place at Ss. Peter and Paul Cemetery, Elmira.

Masks are required for all indoor events.

Memorial donations may be made to House of Mercy, 285 Ormond Street, Rochester NY 14605, or at houseofmercy.org.