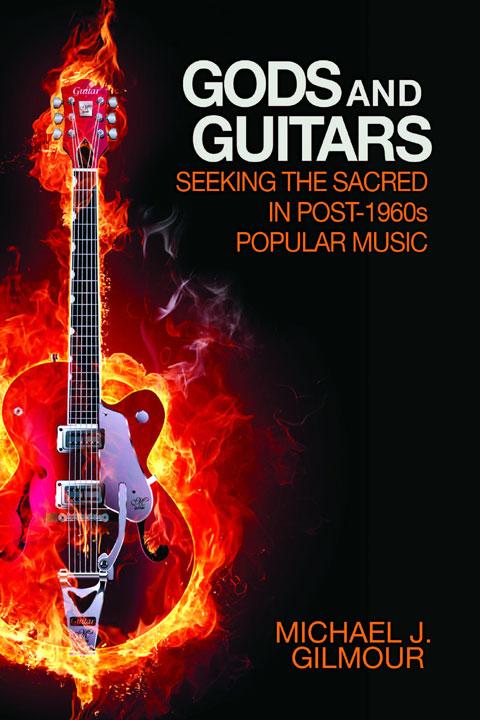 Michael S. Gilmour teaches New Testament and English literature at Providence College in Manitoba, Canada. He is clearly interested in the intersection of religion and popular music, having written two previous books on the topic: "Tangled up in the Bible: Bob Dylan and Scripture" and "Call Me the Seeker: Listening to Religion in Popular Music."

In "Gods and Guitars," Gilmour considers a variety of rock ‘n’ roll music songs and songwriters to identify how the songs and the artists are influenced by religious attitudes, beliefs and practices. While Gilmour limits his focus to "post-Woodstock, post-Altamont" rock music — genres such as folk, country, religious and show tunes are excluded — his sweep within this field is vast: from Dylan to Paul Simon, from George Harrison to Meatloaf, from Alice Cooper to Black Sabbath.

Gilmour notes in the introduction that while artists "constantly resist boundaries," they seem repeatedly drawn to religion — which by its very nature sets boundaries — for inspiration. He attempts to explain this irony by appealing to the novelist Salman Rushdie ("The Ground Beneath Her Feet") and the literary critic Harold Bloom to show that musical artists create worlds "worth yearning."

"I am interested in the religious language used by mainstream contemporary songwriters, Christian or otherwise, and attempt to identify particular patterns in their use of this material," Gilmour writes. He also notes that his book is "more literary in emphasis than theological."

The danger in a book such as this is, as Gilmour writes in his closing chapter, "imposing order on the language of pop songs that is ultimately not the songwriter’s but the listener’s own invention. Ambiguities and disruptions to narrative and linguistic logic may in fact be intentional, even at times nonsensical."

In the four chapters between the Introduction and these closing remarks Gilmour looks at various artists and explores the influence that religion has played on the music that has been created.

He spends many of the pages in this small book — only 150 of the 200 pages present his argument; the rest are used for footnotes, bibliography and index — addressing musicians who wrote from an explicitly religious perspective: post-conversion George Harrison, Yusuf Islam (formerly Cat Stevens), Bob Dylan and Alice Cooper. To his credit he also explores the religious expressions found in classic heavy metal music from such bands as Black Sabbath and Metallica.

Parts of this book are clearly written with an academic audience in mind — thus the 24 pages of footnotes and eight-page bibliography — and others reflect an obvious love for the music being parsed. Unfortunately, the transition between the two is often missing, so following the author as he jumps from point to point like a manic Mick Jagger is rather disconcerting. Although Gilmour writes on the final page, "we cannot assume that every reference to religion and its texts and practices in popular music are theologically significant," he spends much of the book acting as if they were.

Why do musicians use religious references in their songs? Gilmour offers many opinions but never reaches a conclusion. Might it be that music flows from the writer’s experience and opinions? Might they use familiar but ancient language to attempt to communicate in new ways the mysteries of life and love, good and evil, joy and sorrow? Gilmour doesn’t say.

There is much to like in this curious little book. It will probably become a staple in college courses on religion and popular culture, but it should also find a home with those who love to listen to and discuss popular music.

Mulhall is a catechist and writer who lives in Laurel, Md.