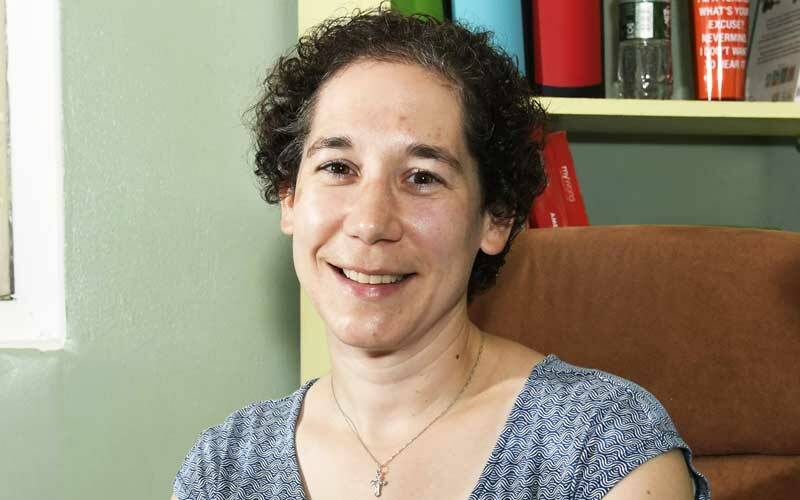 The first day of the 2022-23 school year will look a bit different for Suzanne Pohorence.

Instead of returning to the classroom at St. Mary School in Canandaigua, where she taught for 16 years, she will instead enter Geneva’s St. Francis-St. Stephen School and head to the principal’s office.

“It’s like going home,” Pohorence said of her new job as principal at St. Francis-St. Stephen, which serves students in prekindergarten through eighth-grade.

Although Pohorence is new to her job, she is no stranger to Geneva. She is a 2002 graduate of the former DeSales High School in Geneva, which was located across the street from St. Francis-St. Stephen School.

Following her graduation from DeSales, Pohorence attended Nazareth College, where she received a bachelor degree’s in mathematics and childhood education in 2006. After Nazareth, she returned to her elementary school alma mater, St. Mary, as a second-grade teacher. Most recently, Pohorence, a parishioner of St. Benedict Parish in Canandaigua, taught seventh- and eighth-grade math.

“I really worked with a great team of teachers. We really helped St. Mary’s grow,” Pohorence said of her time at the school.

During her time at St. Mary School, Pohorence was chosen as a Trustey Family STEM Teaching Fellow in 2017 and traveled to South Bend, Ind., during three summers to take courses at Notre Dame University’s Center for STEM Education.

Time was right for change

In 2018, Pohorence obtained her school administration certification from the University of Rochester. Despite receiving this certification, Pohorence said she kept saying no to any principal openings that were available. That is until this year, when Superintendent of Catholic Schools James Tauzel reached out to her.

“He was just like, ‘Hey, we’re going have a couple of extra openings that you might be interested in. Why don’t you apply for them?’” Pohorence recalled, noting that at the time she didn’t even know the job at St. Francis-St. Stephen was on the list of openings.

Though she was happy at St. Mary School, Pohorence decided to try a couple interviews. When the St. Francis-St. Stephen position came up, she thought about it and knew she should apply.

“It just felt right. Like before every time that I prayed on it (whether I should apply for a new position), it was really scary, but this time, it wasn’t,” she said.

Pohorence started her new role at St. Francis-St. Stephen School Aug. 1 and has had the opportunity to meet and talk with some of the school families and staff.

“Everyone is super supportive, whether it’s grandparents, community members, people who went to DeSales High School or St. Francis-St. Stephen,” she said. “I have had so many phone calls from people, reaching out saying, ‘Hi, you’re new, but I want you to know who I am.’”

When Pohorence started her teaching career, she said she sought out Catholic-education positions to keep the Catholic-school tradition going for herself.

“It (Catholic faith) is important to my family,” she said, noting that her three brothers also attended Catholic elementary and high schools.

But now Pohorence also sees the value and significance of Catholic education for families today.

“As I was teaching, I saw how important it was for school choice and for these families and to bring the faith into our families now,” she said. “Students need a small, nurturing, family-oriented environment. What I have noticed is students are coming in (to school) without that strong faith background, but as they’re getting older, they are really embracing it (the faith).”

While Pohorence said she is going to miss teaching, she’s looking forward to helping students grow in her new role as principal.

“It’s time for me to help cultivate teachers, families and students,” Pohorence said. “As a teacher, I had a small population (of students) that I could work with. Now I have a greater population that I can work with.”

Tags: Catholic Schools, Ontario County News
Copyright © 2022 Catholic Courier, Inc. All rights reserved. Linking is encouraged, but republishing or redistributing, including by framing or similar means, without the publisher's prior written permission is prohibited.