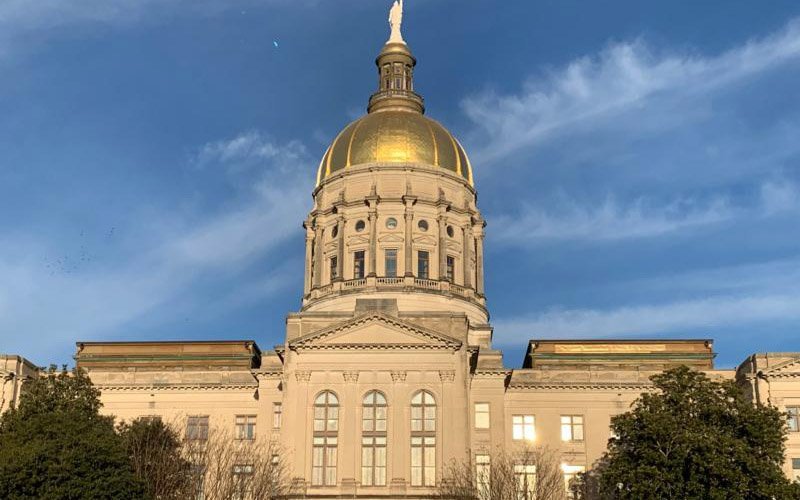 ATLANTA (CNS) — Georgia Republican Gov. Brian Kemp signed legislation May 7 to ban abortions in the state once a fetal heartbeat is detected, which is around six weeks.

The bill’s signing comes after weeks of protests and amid outcry for legal action against it.

“We will not back down. We will always continue to fight for life,” the governor said about expected legal challenges to the new law.

If it is not blocked in court, the law would take effect at the beginning of next year. Current state law allows abortions up to the 20th week of pregnancy.

According to The Associated Press, Republican Rep. Ed Setzler, the bill’s author, said the legislation was one of “common sense” to “balance the difficult circumstances women find themselves in with the basic right to life of a child.”

In response, Democratic Sen. Jen Jordan said: “there’s nothing balanced about it: It’s an all-out abortion ban” and added that she was worried the new law would push obstetricians away from practicing in Georgia.

Similar heartbeat bans have been signed into law in Mississippi, Kentucky and Ohio. A federal judge has temporarily blocked this law in Kentucky.

The Georgia legislation also prompted a response from Hollywood long before it was signed into law.

A group of 50 celebrities, led by activist actress Alyssa Milano, signed a letter in late March declaring a boycott of the state’s film industry if the bill passed. Ashley Bratcher, lead actress in the pro-life movie “Unplanned” and native Georgian, responded in an open letter to Milano saying: “In Georgia, we care just as much about being pro-life as being pro-film. We don’t believe in putting a price tag on human life.”

The pro-life advocacy organization Susan B. Anthony List applauded the actions of the Legislature in the face of high-profile pressure. President Marjorie Dannenfelser said in a statement that “Georgia lawmakers courageously stood up to Hollywood bullies by sending this compassionate bill to Gov. Kemp for his signature. … The beating heart of a vulnerable unborn child should awaken the conscience of our nation to the violence of abortion.”