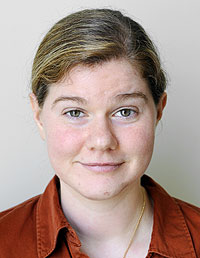 I get a little jolt of excitement when I log on and see what Pope Francis has said each day.

My day often starts off mulling such gems as "A homeless person dying in the cold doesn’t make the news," and "How much damage does the comfortable life, well-being, do. The gentrification of the heart paralyzes us."

His sound bites are tweetable: "Satan always rips us off." He uses memorable imagery: "the smell of sheep," "the face of a pickled pepper," "god-spray," "the cult of money" and "the culture of disposal." His candor is refreshing: He recently opted for a question-and-answer session rather than "too boring" prepared remarks when he spoke to Jesuit students.

Many of his remarks — as well as the example he sets in minimalist living — have prompted almost universally positive reactions from Catholics and non-Catholics alike.

Yet on the day that he said "food that is thrown away might as well have been stolen from the table of the poor, the hungry," I had to pause while throwing away slimy chickpeas to examine my wasteful lifestyle.

If Pope Francis isn’t making us feel a bit uneasy, then we aren’t listening to what he’s saying. He’s challenging us to be better people. We are the gossips (guilty as charged), the smelly sheep, the impatient youth, the food wasters and the rich who ignore the poor.

In my kitchen, I have tried to take heed and have been working through the food languishing in my refrigerator and freezer. I am going to try making meal plans and shopping lists — and then stick to them.

I’m on the hunt for other ways to live simply. Are you following Pope Francis’ advice and example by riding the bus more, simplifying your home or changing how you give to charity?