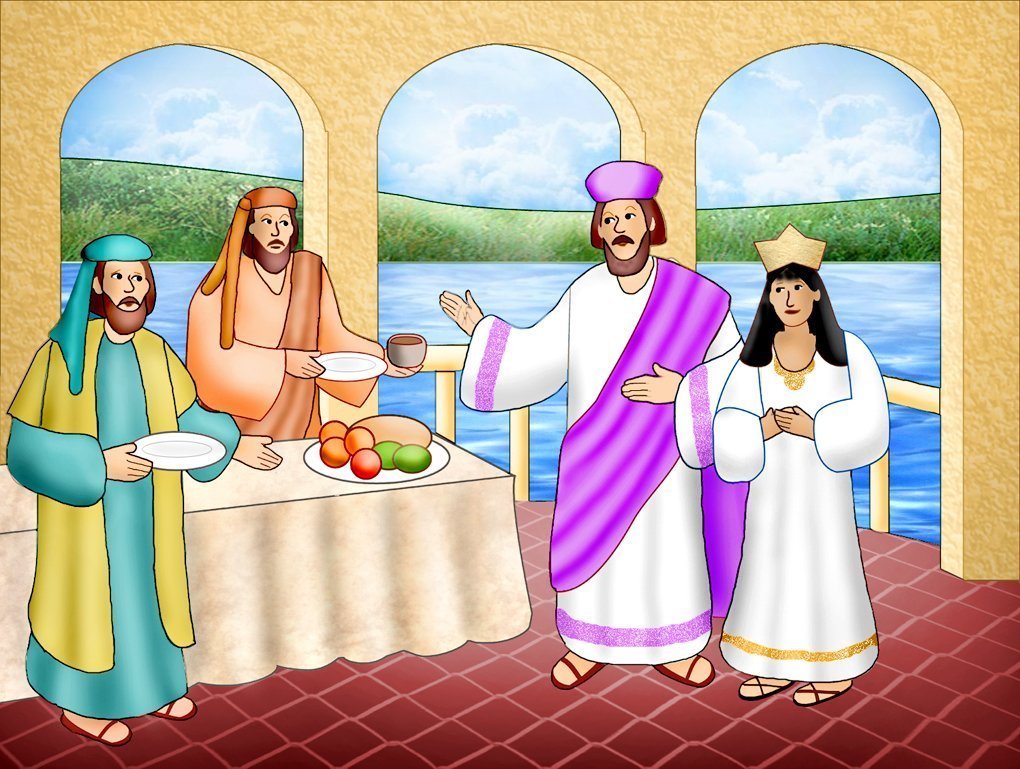 Bible Accent: The books of Kings and Samuel

Solomon was the king of Israel, but in order to expand his kingdom and its safety, he married the daughter of Pharaoh, king of Egypt. At the same time he was trying to build a palace for himself, a temple for the Lord and a wall around the City of Jerusalem.

Solomon loved and obeyed the Lord. One night after he had said his prayers, the Lord appeared to him in a dream and said, “Ask something of me and I will give it to you.”

Before Solomon asked for anything, he told the Lord how thankful he was. “O Lord, my God, you have made me, your servant, king. … But I am a mere youth not knowing at all how to act. … Give your servant, therefore, an understanding heart to judge your people and to distinguish right from wrong. For who is able to govern this vast people of yours?”

Solomon’s gratefulness and humility pleased the Lord. God said to him, “Because you have asked for this — not for a long life for yourself, nor for riches, nor for the life of your enemies, but for understanding so that you may know what is right — I do as you requested. I give you a heart so wise and understanding that there has never been anyone like you up to now, and after you there will come no one equal to you.”

That promise was enough to make Solomon rejoice, but the Lord wanted to give him even more. “In addition,” God continued, “I give you what you have not asked for, such riches and glory that among kings there is not your like. And if you follow me by keeping my statutes and commandments, as your father David did, I will give you a long life.”

Then the dream was over and Solomon slept through the night. When he woke he remembered what happened and he went out to show his thankfulness to the Lord. He went and stood before the ark of the covenant of the Lord and made sacrifices and peace offerings. Then, in order to involve his servants, he ordered a banquet and he invited them to dine with him, rather than just to serve him.

Bible Accent: The books of Kings and Samuel

There are two books of Kings in the Old Testament. Combined with the two books of Samuel, they tell the religious history of Israel from 1,200 to about 600 years before the birth of Christ. The two books of Kings are presented in a style that demonstrates whether the different kings followed God’s commandments, and God’s reward or punishment for their behavior. Scholars believe that these historical books were based on records kept by the courts, writings kept in the temple and narratives about the prophets whose lives affected the different kings. There may have been only one book originally, but it was divided into two when the text was translated into Greek and Latin.