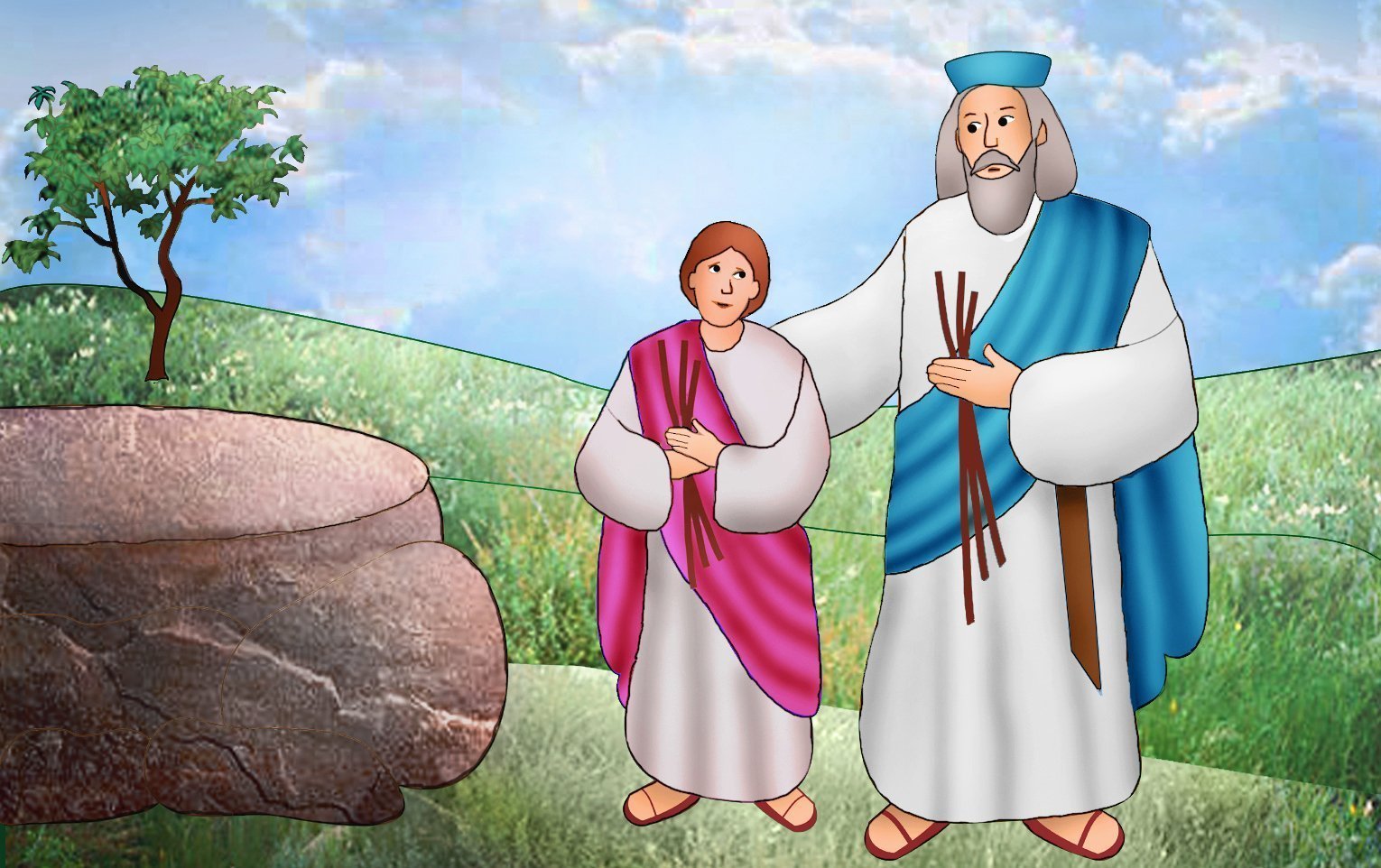 One day, God visited Abraham and told him that Sarah, his wife, was going to have a son.

This news came as a surprise, because Abraham was almost 100 and Sarah was in her 90s. But Abraham trusted God’s promise, and, sure enough, Sarah gave birth to a boy named Isaac.

“Take your son Isaac, your only one, whom you love, and go to the land of Moriah,” God said. “There you shall offer him up as a holocaust on a height that I will point out to you.”

Abraham loved and trusted God, so he obeyed God’s command.

The next morning, Abraham cut some wood, saddled his donkey, and traveled to the land of Moriah with Isaac and two servants. When they reached Moriah, he told the servants to stay with the donkey while he and Isaac went on ahead to worship God.

When father and son came to the place God had told Abraham about, Abraham built an altar. He laid the wood on it, then bound Isaac and placed the boy on top of the wood.

Abraham took out his knife. He raised the knife in the air and was about to bring it down on Isaac when a messenger from heaven urgently called Abraham’s name.

“Do not lay your hand on the boy,” the messenger said. “Do not do the least thing to him. I know now how devoted you are to God, since you did not withhold from me your own beloved son.”

Then Abraham noticed a ram whose horns were caught in a thicket. He removed Isaac from the altar and sacrificed the ram instead.

The messenger spoke once more.

“Because you acted as you did in not withholding from me your beloved son, I will bless you abundantly and make your descendants as countless as the stars of the sky and the sands of the seashore; your descendants shall take possession of the gates of their enemies, and in your descendants all the nations of the earth shall find blessing — all this because you obeyed my command,” the messenger said.

Abraham and Isaac then returned to their waiting servants and began their journey home.

1. What did God command Abraham to do?

2. Who spoke to Abraham from heaven?

In Genesis 15 and 17, God promised Abraham that he would have as many descendants as there were stars in the sky and that he would be the father of a multitude of nations.

But how could Abraham have that many descendants when he and his wife, Sarah, had only one son?

It took many generations for Abraham’s descendants to become numerous.

For example, we read in Genesis 25 that Isaac’s wife, Rebekah, gave birth to twin sons named Esau and Jacob.

God chose to continue his promise to Abraham through Jacob. In Genesis 28, God came to Jacob in a dream and told him that his descendants would “be like the dust of the earth, and through them, you will spread to the west and the east, to the north and the south.”

The noblewoman St. Perpetua and the slave St. Felicity (d. 203) lived in Carthage, a part of the Roman Empire that is now in present-day Tunisia in northern Africa.

Perpetua and Felicity were catechumens — people who wanted to be baptized as Christians. They and three other catechumens refused to worship the Roman emperor as a god, so they were arrested and sentenced to be killed by wild beasts in the arena.

During their imprisonment, the catechumens were baptized, and Felicity gave birth to a daughter.

When the catechumens were sent into the arena, the wild beasts attacked but did not kill them. Instead, they were killed by Roman gladiators.

We remember them on March 7. 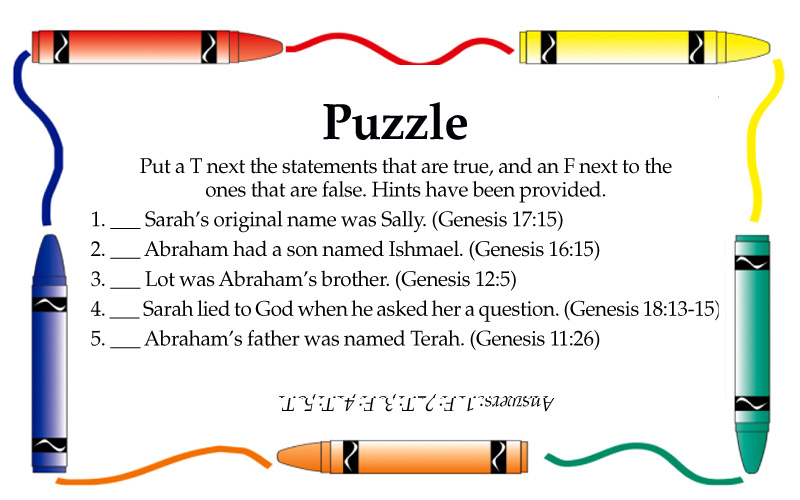