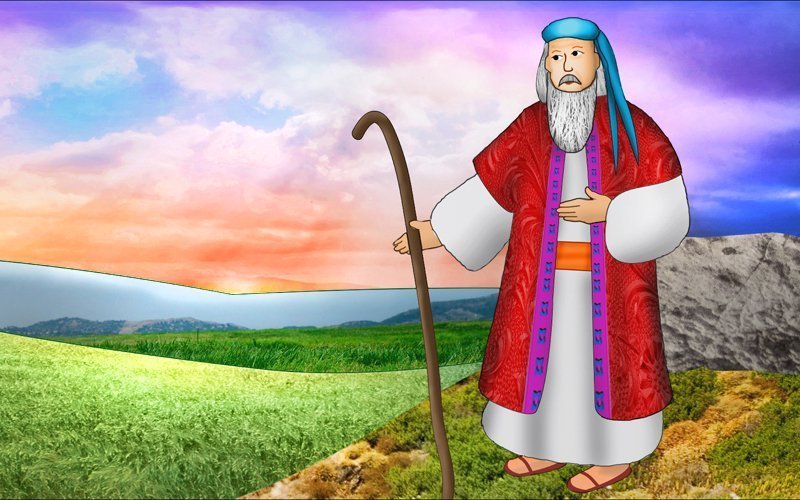 After 40 years of wandering in the desert, the time had finally come for the Israelites to cross into the land that God had promised them.

Instead, Joshua, son of Nun, was going to lead the people. God told Moses to bring Joshua to the tent of meeting, which was a place outside of the Israelites’ camp where Moses would talk to God.

When the two men came to the tent of meeting, God said that Moses, who was 120, would soon be at rest with his ancestors. He also foretold that when the Israelites crossed into the Promised Land, they would break the covenant God had made with them and would instead follow foreign gods.

“For I know what they are inclined to do even at the present time, before I have brought them into the land which I promised on oath,” God said.

Then God commissioned Joshua to lead the people.

“Be strong and steadfast, for it is you who will bring the Israelites into the land which I promised them on oath. I myself will be with you,” God told Joshua.

After singing a song that God wanted the Israelites to learn and blessing the people, Moses went up from the plains of Moab to Mount Nebo, the peak of Pisgah, which faces Jericho. God had Moses look at the view in the distance.

“This is the land about which I promised on oath to Abraham, Isaac and Jacob. ‚Ä¶ I have let you see it with your own eyes, but you shall not cross over,” God said.

During Old Testament times, there was no other prophet like Moses, whom God knew face to face.

1. Who would lead the Israelites after Moses?

2. From what mountain did Moses see the Promised Land?

ESSAY: Why is it important to obey God?

Why wasn’t Moses allowed to enter the Promised Land?

In Numbers 20:2-13, we read that in the wilderness of Zin, the Israelites complained that there was no water.

“Why have you brought the Lord’s assembly into this wilderness for us and our livestock to die here?” they said.

“Take the staff and assemble the community, you and Aaron your brother, and in their presence command the rock to yield its waters. Thereby you will bring forth water from the rock for them, and supply the community and their livestock with water,” God told Moses.

Moses and Aaron gathered the Israelites in front of the rock.

“Just listen, you rebels! Are we to produce water for you out of this rock?” Moses said.

He struck the rock two times with his staff, and water flowed out of it.

Although the Israelites were happy with what Moses had done, God was not pleased. Moses made it sound as if he and Aaron were responsible for bringing forth the water when it was a miracle of God.

God gave Moses and Aaron consequences for disobeying his directions.

“Because you did not have confidence in me, to acknowledge my holiness before the Israelites, therefore you shall not lead this assembly into the land I have given them,” God said.

St. Margaret Ward was born in Cheshire, England, and lived in London in the 1580s.

While in London, she visited and brought food to Father Richard Watson, who had been imprisoned for being Catholic.

One night, Margaret and an Irishman, John Roche, helped the priest escape. They were arrested and told to reveal where the priest was, apologize to Queen Elizabeth I and attend the Protestant Church of England.

They refused and were hanged at Tyburn, England, in 1588. We remember Margaret on Aug. 30.