God talks to Ezekiel about a prophesy - Catholic Courier 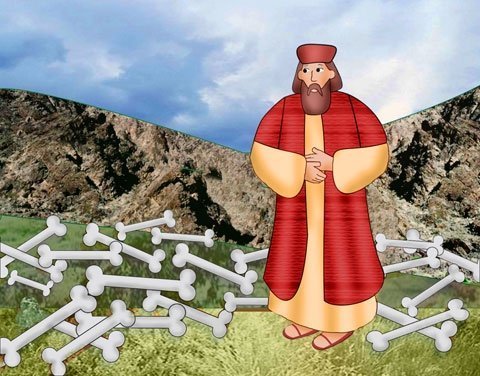 God talks to Ezekiel about a prophesy

Bible Accent: Who was Ezekiel?

God talks to Ezekiel about a prophesy

From the day he knew God had called him to be a prophet during the exile of King Jehoiachin, Ezekiel, a priest of Israel. had seen many visions and other wonders of the Lord. On a certain day, Ezekiel felt the touch of the hand of the Lord directing him to go out into the middle of a wide valley. He found the land covered with bones, many, many bones. No matter which direction Ezekiel walked, there were bones as far as he could see. And they were very dry and brittle.

Then the Lord asked Ezekiel a question. “Son of man, can these bones come back to life?”

And Ezekiel replied, “Lord God, you alone know that.”

The Lord said to Ezekiel, “Prophesy over these bones, and say to them: Dry bones, hear the word of the Lord! Thus says the Lord God to these bones: Listen! I will make breath enter you so you may come to life. … Then you shall know that I am the Lord.”

So Ezekiel spoke the words that God has given to him. As soon as he finished talking, he heard a loud rattling noise that sounded like thunder. As Ezekiel watched in amazement, the bones started to put themselves back together. Bone connected to bone, joints formed, muscles developed and flesh covered the forms. But there was no life in them.

The Lord said to Ezekiel, “Prophesy to the breath, prophesy, son of man! Say to the breath: Thus says the Lord God: From the four winds come, O breath, and breathe into these slain that they may come to life.” Again Ezekiel repeated the words of the Lord. This time the breath of life entered the figures that had formed from the bones and they became alive. They stood up, as if they were a large army.

The Lord explained, “Son of man, these bones are the whole house of Israel! They are saying, ‘Our bones are dried up, our hope is lost, and we are cut off.’ Therefore, prophesy and say to them: Thus says the Lord God: Look! I am going to open your graves; I will make you come up out of your graves, my people, and bring you back to the land of Israel. You shall know that I am the Lord, when I open your graves and make you come up out of them, my people!”

READ MORE ABOUT IT:
Ezekiel 37

Q&A
1. What did Ezekiel see when he reached the middle of the valley?
2. What happened when Ezekiel prophesied about the breath of God?

Bible Accent: Who was Ezekiel?

Ezekiel was a priest, and he received his call from God to be a prophet during a time when he had been exiled along with many other Israelites in Babylon. He believed that God would restore Israel, and he preached about the majesty of God and the salvation he promised for his people. His vision of the dry bones is believed by many scholars to be a symbol of Israel being brought from death back to life. This also is very likely a prophecy of how Jesus would bring salvation to his people through the grace of God. In of Ezekiel’s visions, he heard the voice of the Lord say about the temple that would be built, “Here I will dwell among the Israelites forever.”

In the year 1228, 12 holy men were given a charge by Pope Gregory IX0 to refute false teachings that were being spread in Languedoc. He called these men The Order of the Preachers. This was during the time of what has been called the Inquisition, and the priests were supposed to have the heretics brought in to be questioned and ordered to stop their deceit. However, many of the followers of the false teachers formed as mobs in order to drive the men away, and they were not afraid to use force or violence to do so. A count in the area offered them sanctuary in his castle, and the priests accepted, not knowing it was a trap. The 12 men, which were made up of Dominicans, Benedictines, friars, clerics and one layman, were killed that night in the castle in 1242. For hundreds of years after, reports of healings at the graves of these martyrs were being reported. We honor them on May 29. 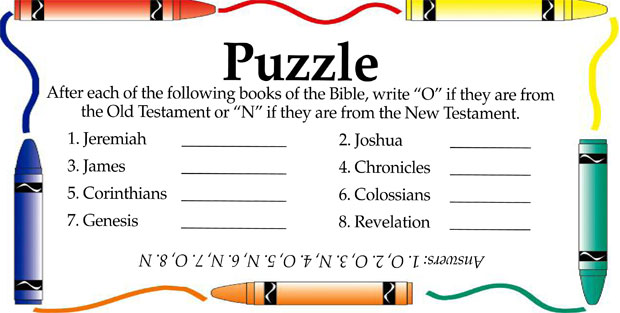