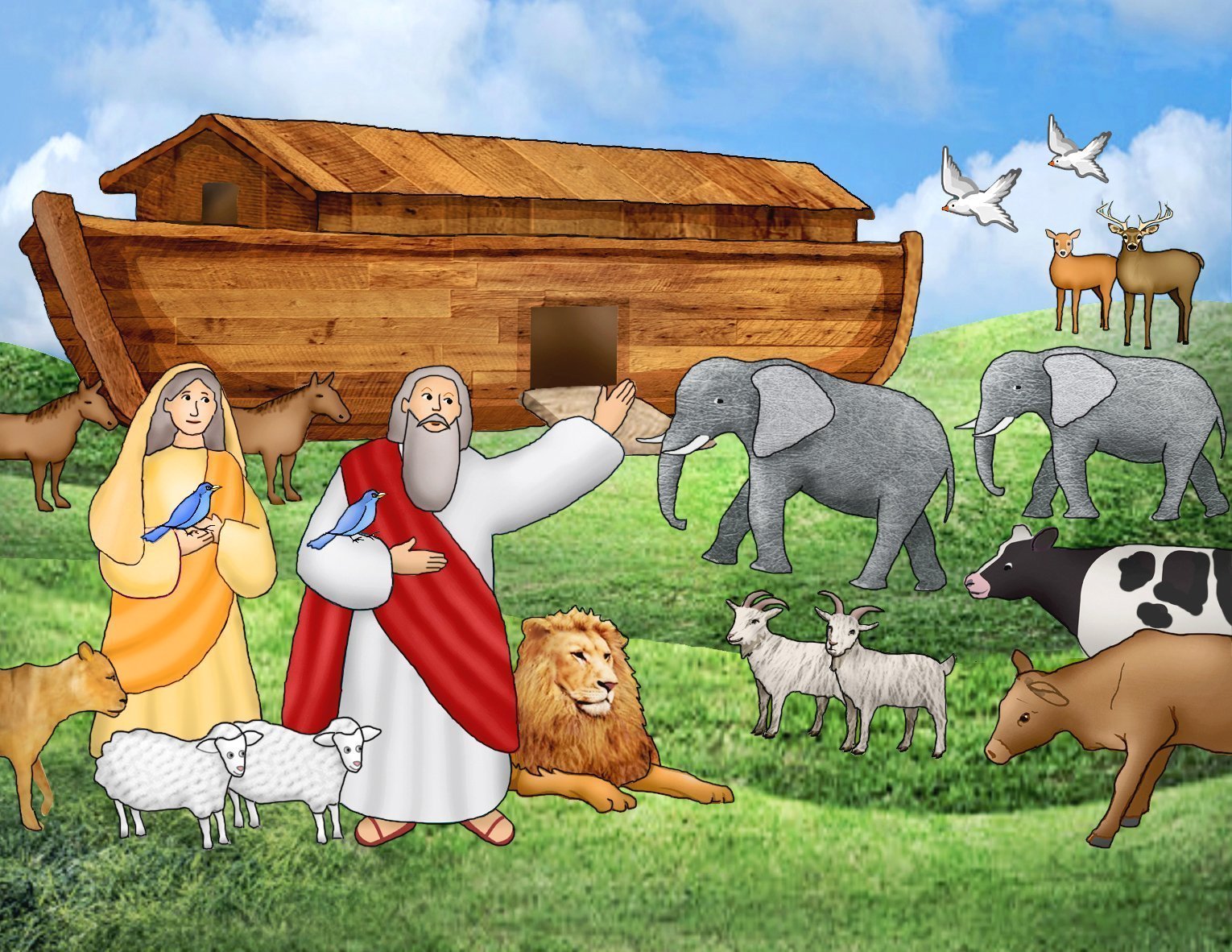 This is the artwork for Kids' Chronicle for Feb. 16, 2021. (Illustration by Linda Rivers)

One day, God was reflecting on his creation of human beings.

He noticed that humans were becoming more and more wicked as the generations went by. This made God very sad.

“I will wipe out from the earth the men whom I have created, and not only the men, but also the beasts and the creeping things and the birds of the air, for I am sorry that I made them,” God said.

Even though God found most human beings to be evil, God found one man to be righteous and blameless in his generation.

This man’s name was Noah. He walked with God and found favor with him.

God warned Noah that he was going to bring floodwaters to destroy humans along with all the earth. He gave Noah specific directions on how to build and equip an ark that would survive the flood.

“I will establish my covenant with you. You shall go into the ark, you and your sons, your wife and your sons’ wives with you,” God told Noah. “Of all living creatures you shall bring two of every kind into the ark, one male and one female, to keep them alive along with you.”

He also told Noah to bring certain creatures onto the ark as well and to bring food for his family and the animals.

Noah did everything that God commanded. When Noah was finished, God told him what do to next.

“Go into the ark, you and all your household, for you alone in this age have I found to be truly just,” said God, who also told Noah to bring the animals on board as well.

“Seven days from now I will bring rain down on the earth for 40 days and 40 nights, and so I will wipe out from the surface of the earth every moving creature that I have made,” God said.

Again, Noah did as God commanded.

At the end of the seven days, floodwaters came upon the earth. “All the fountains of the great abyss burst forth, the floodgates of the sky were opened, ” the Bible says, and “for 40 days and nights, heavy rain poured down upon the earth.”

1. Why did God want to destroy human beings?

2. Who did God save from the floodwaters?

ESSAY: Describe how you would have felt if you were on Noah’s ark during the flood.

What happened to Noah, his family and the animals after they entered the ark?

We read at the end of Genesis 7 and the beginning of Genesis 8 that after 150 days, God made the downpour stop and the waters subside.

“At the end of 150 days, the waters had so diminished that, in the seventh month, on the 17th day of the month, the ark came to rest on the mountains of Ararat,” we read in Genesis 8:3-4.

On the first day of the 10th month, mountaintops could be seen. At the end of 40 days, Noah opened the ark’s hatch to release a raven, which flew around until the waters dried.

Noah then released a dove that returned because it couldn’t find a place to perch. After seven days, Noah again released the dove. It came back in the evening with an olive leaf in its bill, proving that the water was diminishing.

Noah waited seven more days then again released the dove. This time, it did not return.

Noah removed the ark’s covering and saw that the ground’s surface had dried, but it took another month for the earth to dry completely.

Then God told Noah, his family and the animals to come out of the ark.

Noah built an altar to God and burnt an offering.

And in Genesis 9, we read that God promised to never again bring a flood to destroy the earth.

St. Polycarp was a disciple of St. John the Apostle. He was named bishop of Smyrna, which is now the modern-day city of Izmir, Turkey.

Around 155 AD, Polycarp went to Rome to represent the Asia Minor churches during a discussion of how to calculate the date of Easter.

Upon returning to Smyrna, Polycarp was arrested and told to renounce God. He refused, so he was sentenced to death.

We remember Polycarp on Feb. 23.

Use your Bible and the hints provided to answer the following questions about Noah.