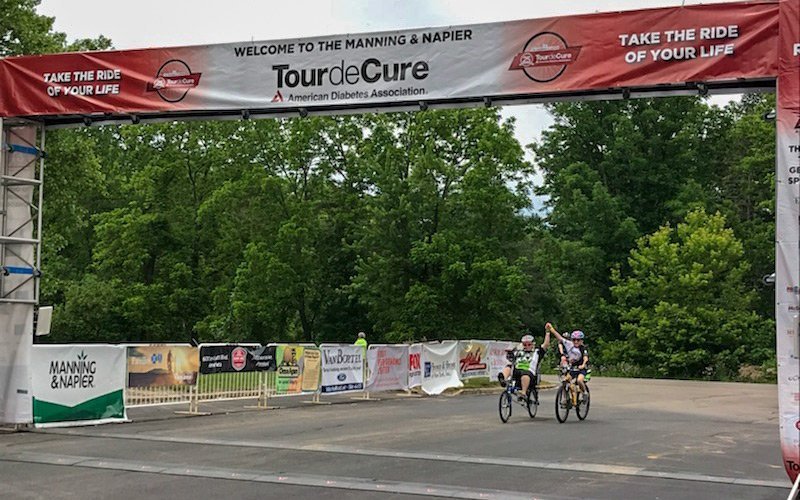 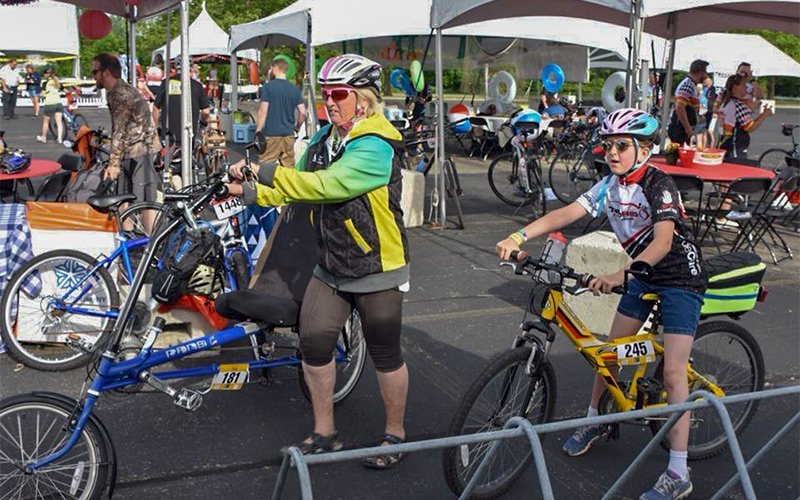 Melissa Giddings, 10, and her grandmother, Bernadette Fetter-Miller, were in full bicycling gear at the Tour de Cure held June 9 at the Xerox Complex in Webster. The event, for which the pair rode 25 miles, serves as a fundraiser for the American Diabetes Association.

This was their second Tour de Cure. After barely raising the $200 in donations required to ride last year, they raised a combined $2,300 this time around. Fetter-Miller noted that her granddaughter also has befriended young participants who are afflicted with diabetes, and the experience has made Melissa (who does not have diabetes) more determined to help find a cure for the disease.

Fetter-Miller, who serves as bookkeeper at St. Martin de Porres Parish in Caledonia, Churchville and Scottsville, added that she and Melissa have done distance biking together since her granddaughter was 4 years old, and they regularly log distances of 20 to 30 miles. They are working on completing the Erie Canal end to end, one leg at a time, and have thus far covered the canal from Macedon to Buffalo.

“She has become my best friend as a result of all the time we spend together,” Fetter-Miller said of Melissa.