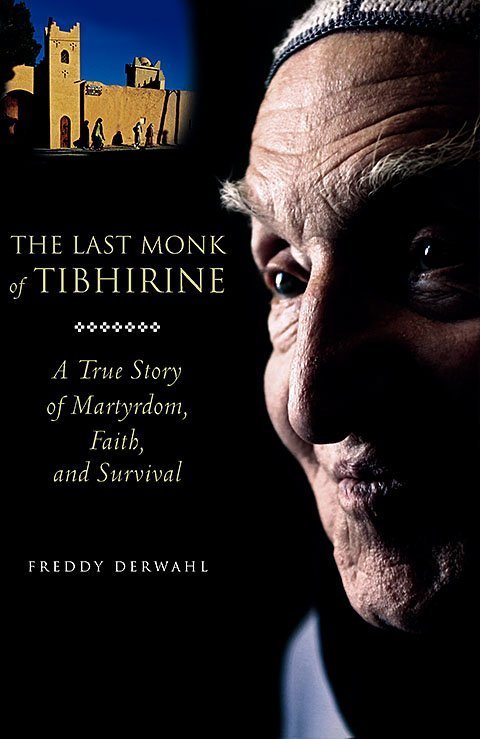 "The Last Monk of Tibhirine: A True Story of Martyrdom, Faith and Survival" is an account of life in an Algerian monastery.

If you saw the 2010 film, "Of Gods and Men," you know the true story of the Trappist monks of the monastery of Notre-Dame de l’Atlas of Tibhirine in Algeria.

On the night of March 26-27, 1996, seven of the monks were kidnapped during the Algerian civil war. Although this wasn’t clear from the film, the monks were held for two months and were found dead in late May 1996. The identity of their killers remains uncertain to this day.

"The Last Monk of Tibhirine" is an account of life in the monastery today and of the lone surviving monk, Brother Jean-Pierre Schumacher, who escaped execution by beheading. If you read this book you will gain a better understanding of the events that preceded the martyrdom of the seven Trappists than one gets from the film — excellent though it is.

The book also includes first-person narratives from the weeks prior to the abduction of the monks, in letters written by one of the monks to a friend.

One of the authors, German journalist and filmmaker Freddy Derwahl, also quotes extensively from interviews he conducted with Brother Jean-Pierre, who recounts his memories

From the film one gets the impression that two monks survived by hiding under their beds, but in fact they survived because a local Muslim friend of the monks lied to the assailants, telling them there were seven monks when, in fact, there were nine. Thus, Jean-Pierre and another monk, Amadee, escaped, but the latter subsequently died of natural causes.

"The Last Monk of Tibhirine" is a gripping, inspiring page-turner and must reading for anyone who would be well informed about the the true story of the Trappist monks who gave their lives for the Muslim people they loved and cared for.

Finley is the author of more than 30 books on Catholic themes, including a bestseller, "The Rosary Handbook: A Guide for Newcomers, Old-Timers, and Those In Between" (The Word Among Us Press).

"The Last Monk of Tibhirine: A True Story of Martyrdom, Faith and Survival" (206 pp) by Freddy Derwahl and Bruno Zanzoterra is printed by Paraclete Press (Orleans, Mass., 2013) with a list price of $21.99.