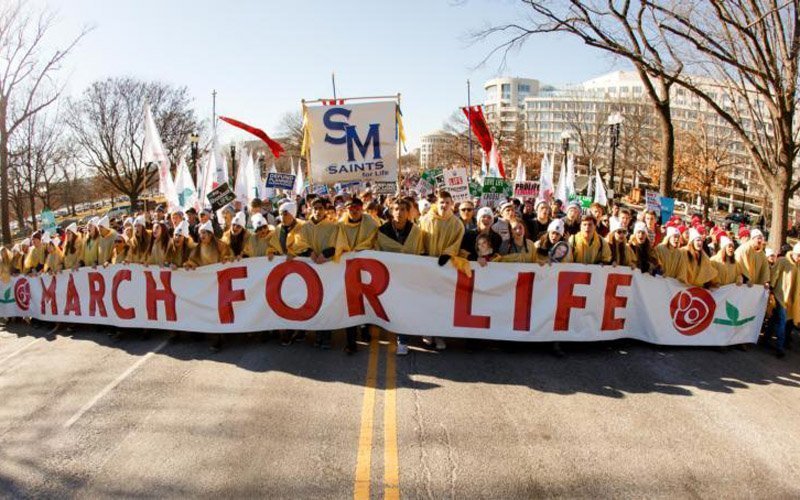 EDITOR’S NOTE: In early January, Jessica Shanahan of Rochester, a member of the Diocesan Public Policy Committee, was scheduled to address New York state legislators regarding pro-life issues during the annual Bishop’s Legislative Luncheon, which was cancelled due to inclement weather. The following is a shortened version of the presentation Shanahan was to make.

Good afternoon. My name is Jessica Shanahan. For 10 years, I have been a member of the Public Policy Committee of the Diocese of Rochester. I think you would agree that forums like these sponsored by our diocese fosters a better relationship with our legislators. It allows us to discuss issues important to Catholics. I am also a founding board member of Feminists Choosing Life of New York, a secular pro-woman, pro-life organization. Today, I am speaking to you wearing both of these hats.

Gov. Cuomo, in the 2018 State of the State address, addressed the need for New York to be more aligned with Roe v Wade. Just days ago, he came out with a 30-point women’s agenda, and it emphasizes his passion for abortion, including the desire for a constitutional amendment securing it. Making abortion a “fundamental right” has been attempted over the last decade, first by Elliot Spitzer, then by Gov. Cuomo. Both the Reproductive Health Act and the Women’s Equality Act could not pass legislatively. But Cuomo isn’t giving up.

The church sees fundamental rights or human rights in an inclusive and consistent way. Human rights are universal and inalienable. Human rights are not subordinate to civil rights. Abortion is not an exception. The church and the preamble of the United Nations Declaration on the Rights of the Child are in agreement. Because of the child’s vulnerability, the declaration states “appropriate legal protections are needed before as well as after birth.”

The net result of Cuomo’s goal is that the number of abortions in New York would increase. It is an embarrassment that our state already is among the highest, both in raw numbers of abortions and per capita. In some counties in our state, sadly, 60 percent of pregnancies end in abortion. Some call New York state “The abortion capital of the world.” Is that not enough for Cuomo?

Legislators know more than anyone why laws are important: Laws change behaviors. Look at how the laws affecting motorists, such as cell phone use, motorcycle helmet and car seat laws, have changed behaviors. Since we are the state that has the fewest laws restricting abortion already, making additional laws to loosen abortion is senseless. Currently, anyone contemplating an abortion is encouraged: We taxpayers pay for abortion. There is no parental consent or notification. There are no waiting periods.

Currently, New York state law allows for late-term abortions if the mother’s LIFE is in jeopardy. But Cuomo would allow abortions after six months’ gestation if this mother’s health is at risk. Roe v Wade defines health as mental, emotional or financial well-being. Eighty-four percent of people disagree with later-term abortions, including most pro-choice people. In the second and third trimesters, the unborn does what born children do: she sucks her thumb, has REMs and recognizes her mother’s voice. She also can usually survive outside the womb.

The governor also seeks to move abortion from the penal law to the public health law. Why is this important? Because it removes accountability for those who would harm unborn children outside the context of abortion. There is currently only one substantive pro-life law in in our state: allowing criminal prosecution for violent attacks against pregnant women and the unborn child she is carrying. And, as you know, pregnant women are at the greatest risk of domestic violence. Changing this law is a grave disservice to pregnant women and the very-much-wanted unborn children they choose to carry.

Additionally, the governor seeks to make abortion a “fundamental right,” meaning the right to abortion could supersede anything else, including the right to conscience. Intentionally or unintentionally, are you willing to take away the choice for Catholic or evangelical or Muslim or even secular doctors who have moral objections to performing abortions? Hospitals, even Catholic ones, and insurance companies could be forced to cover abortion.

Fact-based science tells us that the life created at conception by two human beings is always another human being. Abortion destroys that human being. Natural law tells me this is wrong. And it is my Catholic faith that motivates me to do something about this wrong.

Previous to having four rambunctious sons, now all teenagers, I put my two master’s degrees to work and worked in hospital administration. Prior to that, I worked for two Democrats: pro-choice Sen. Daniel Patrick Moynihan and pro-life Congressman John LaFalce. I examined the politics of abortion and founded Feminists Choosing Life of New York. When Gov. Cuomo made abortion his top priority in 2013, we mobilized.

And Catholics mobilized. I am one of these people. I am not an economist or an academic. One doesn’t have to be a scholar or a biologist or a member of the clergy to be an overnight expert in why abortion is wrong. This is why tens of thousands attended rallies, called your offices and wrote letters. We didn’t need flip charts or statistic-laden documents. We already know the love generated from homeless shelters or inner-city day care centers. The church runs them. We understand the needs of poor women. Before Cuomo thought about it, Pope Leo XIII in 1891 led the fight for workers’ rights. And Pope Francis, our globally beloved leader, is dedicated to fighting abortion. In late December he said, “My thoughts go out to all the children who are killed and abused today. Before they ever see the light of day and are buried in the selfishness of a culture that does not love life.”

But Cuomo is resurrecting this struggle. Pro-choice groups put nearly $60 million into pro-choice campaigns in the last federal election. The New York State Catholic Conference, the bishops in their dioceses and the faithful will not be pouring millions into candidates’ campaigns because we continue to spend it on the poor, on women and their children, from womb to the tomb. We will continue to stand against any efforts to expand abortion in New York state, defending the weakest of society, born and unborn.

Shanahan is a member of the Diocesan Public Policy Committee.