Guardians of the Galaxy - Catholic Courier 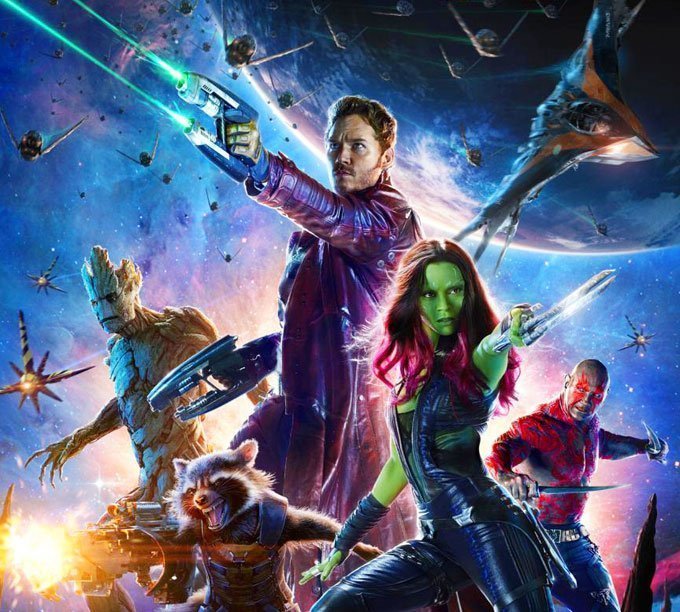 While not suitable for young moviegoers, director and co-writer (with Nicole Perlman) James Gunn’s rollicking adaptation of a series of Marvel comic books offers their elders top-flight escapist entertainment.

As opening scenes set in 1988 disclose, as a young boy (Wyatt Oleff), Peter was emotionally crushed by his mother’s terminal illness, and bolted from the hospital moments after her untimely death, only to be kidnapped by the crew of a spaceship. (Hints in the early dialogue already suggest that this startling turn of events was not as random as it might, at first, appear).

Flash-forward a quarter century and Peter, who prefers the moniker Star-Lord, has joined the gang of intergalactic bandits who shanghaied him. Dispatched to a depopulated planet by their chief, Yondu (Michael Rooker), Peter is charged with purloining a mysteriously powerful silver orb concealed in its recesses.

No sooner has Peter gained possession of the object, though, than he discovers that a whole range of other interested parties is on its trail as well. They include green-skinned warrior Gamora (Zoe Saldana) genetically manipulated, anthropomorphic raccoon Rocket (voice of Bradley Cooper) and Rocket’s sidekick, Groot (voiced by Vin Diesel), a sentient tree.

Ostensibly, Gamora is acting on the orders of a maniacal villain named Ronan (Lee Pace). As with the relationship between Peter and Yondu, however, her real allegiance is ambiguous.

A raucous street fight for control of the sphere lands Peter, Gamora, Rocket and Groot in jail where they encounter hulking, tattooed convict Drax (Dave Bautista), who joins them when they eventually fly the coop.

Agreeing to quell their rivalry and split the profits from the sale of the magic globe, the quintet sets out to find a merchant (Benicio Del Toro) Gamora believes will pay top dollar for it. Once they discover the artifact’s vast potential for destruction, however, commercial interests take a back seat and the former adversaries unite around a higher purpose: keeping the weapon out of Ronan’s grasp.

As Peter, Pratt successfully embodies the movie’s saucy but good-hearted spirit — which is, in the end, far more important than the ins and outs of its plot. A freebooting, lovable rogue, Peter is also a sentimentalist whose most prized possession is a mix tape his mother made for him comprising her favorite pop tunes, some of them already quite out-of-date by the late ’80s.

One of the songs Mom favored, Elvin Bishop’s 1976 hit, "Fooled Around and Fell in Love," accurately predicts her son’s destined transformation from interstellar ladies’ man (at least according to his own boastful account) to altruistic, forsaking-all-others potential spouse. Following a similar arc to those of his opponents-turned-friends, moreover, Peter transcends his thieving past to become an unlikely, but thoroughly selfless, hero.

The positive ethical direction in which Peter and his comrades move — together with the sheer fun of observing their humor-filled exploits — makes it a shame that the elements listed below prevent endorsement of "Guardians of the Galaxy" for a wider audience.

The film contains much action and martial arts-style violence, brief shadowy rear nudity, occasional rough and crude language and an obscene gesture. The Catholic News Service classification is A-III — adults. The Motion Picture Association of America rating is PG-13 — parents strongly cautioned. Some material may be inappropriate for children under 13.