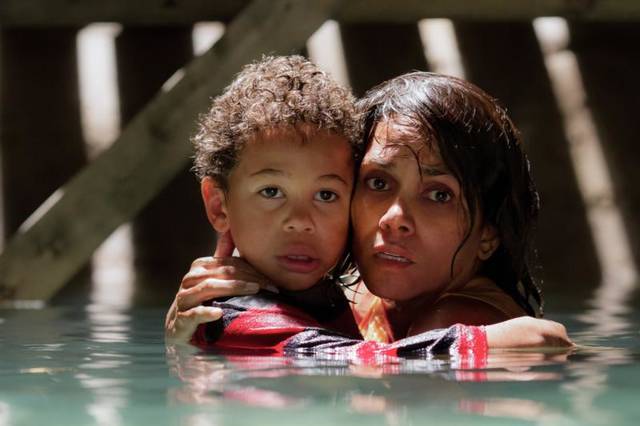 Sage Correa and Halle Berry star in a scene from the movie “Kidnap.”

NEW YORK (CNS) — The compact thriller “Kidnap” (Aviron) has Halle Berry’s expressive face going for it, but not a whole lot else. The film is less a story about a mother’s enduring love and sacrifice for her young son than it is a long drive in an amazingly durable minivan.

Berry is Karla, a divorced waitress who’s mom to 6-year-old Frankie (Sage Correa). She’s about to get into a custody battle with her ex-husband when Frankie is abducted from a park by two cretinous goons, Margo and Terry (Chris McGinn and Lew Temple).

For what purpose Frankie has been snatched is a bit murky. Police in New Orleans issue an Amber Alert, but Karla takes off in pursuit, managing to keep the kidnappers always in view while speeding down highways — occasionally knocking aside bystanders and the odd police officer like so many bowling pins.

Director Luis Prieto and screenwriter Knate Lee have no interest in character development and motivation. There’s a mother and child, the kid is taken, Mama reverts to primeval maternal-warrior instinct, and the race is on.

Karla has a few interactions with the kidnappers, who are adept at lying about whether they’ll take her money instead of her son.

“Wherever you go, I will be right behind you — no matter what,” she vows. Ah. Got it. And so she is, although her chase, when it’s not veering into melodrama, often includes unintentional comedic moments meant to induce audience cheering.