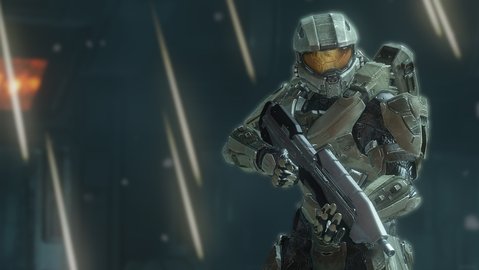 NEW YORK (CNS) — "Halo 4" (Microsoft Studios) features the same high-action adventure, enthralling plot, and realistic, cinematic graphics that have made its predecessors in the blockbuster series — which began with 2001’s "Halo: Combat Evolved" — so popular.

Better yet, the violence in this first-person shooter is relatively restrained and directed exclusively at aliens. As for other morally problematic material, it’s minimal and concerns only the game’s prelude.

That introduction provides players with the sordid creation story behind a race of super-soldiers known as Spartans. Kidnapped as children and held in captivity, they underwent genetic and mental augmentations as a group of scientists — including Dr. Catherine Halsey, who recounts the events — pursued creation of the perfect warrior. As veterans of the franchise will know, one of these Spartans, Master Chief, is the recurring protagonist of the saga.

As "Halo 4" begins, Master Chief has been placed in cryogenic stasis for some time. He is reanimated by Cortana, his artificial intelligence counterpart and companion in previous versions of the game. But he finds that Cortana has begun to degrade with age and is now facing rampancy — a process in which the artificial intelligence, or A.I., begins a breakdown by thinking itself to death. The Chief’s objective in the game is to find a way to save Cortana from rampancy by getting her to Halsey.

Along the way, Master Chief treks through various missions, and battles uncounted alien hordes. The lifelike physical movements of the characters and the picturesque environment are stunning, and create an almost totally immersive experience. "Halo 4" also introduces a slew of new weapons and vehicles for the player to employ.

Still, it’s the game’s absorbing drama that proves the true highlight of "Halo 4." As the player delves deeper into the action, the relationship between Master Chief and Cortana is stressed. Cortana’s urgent, emotional, humanlike persona — uncharacteristic for an A.I. — is starkly contrasted with Master Chief’s professionalism and strict discipline.

Though battle scenes are intense, there’s no excessive gore — nor is any vulgar language encountered. Cortana’s attire, however, seems to become more revealing with each new outing.

Adults will easily recognize the ethical lapses involved in creating the Spartans. But those aspects of the story can be interpreted as a cautionary tale about science and technology run amok.