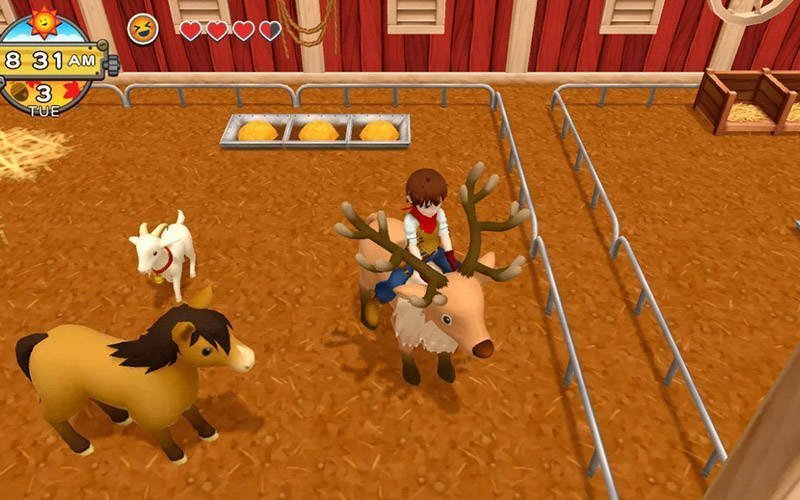 This is a scene from the video game “Harvest Moon: One World.” The Catholic News Service classification is A-I — general patronage. The Entertainment Software Rating Board rating is E — everyone. (CNS photo by Natsume)

NEW YORK (CNS) — The whimsical farming simulator game “Harvest Moon: One World” (Natsume) adds to a franchise that reaches back to 2007. Full of innocent fun, its engaging quests and magical adventures make it an entertaining title.

While it’s free of objectionable content, however, the presence of some vague mythological elements in the plot may render this an inappropriate choice for impressionable young players.

When the Harvest Goddess disappears, so too do bountiful crops across the globe, leaving behind only a few varieties of vegetation: carrots, cabbage and tomatoes. Before she vanished, though, the goddess endowed creatures called Harvest Wisps with the knowledge of seeds.

Similarly, as gamers befriend wild animals, they unlock the secret of raising livestock. Other beneficial activities include cooking, fishing and mining. The ultimate goal is to revive the goddess and thereby restore fruitfulness to the earth.

The locations gamers traverse include gorgeous grasslands, beautiful beaches, scorching deserts, snug hillsides with hidden volcanoes and snowy mountains. All this adds a stimulating variety to the game’s aesthetic.

Courtship of the opposite sex is an option, but the narrative approaches this aspect of gameplay in a restrained and wholesome way. A stress on respect and dignity is noticeable in all the game’s relationships, moreover, whether friendly, familial or romantic.

Some of the Japanese-to-English translations in the dialogue text boxes are clunky and controls can be finicky. But, overall, “Harvest Moon: One World” makes for a gentle and rewarding experience.

Playable on PlayStation 4, Xbox One and Nintendo Switch.