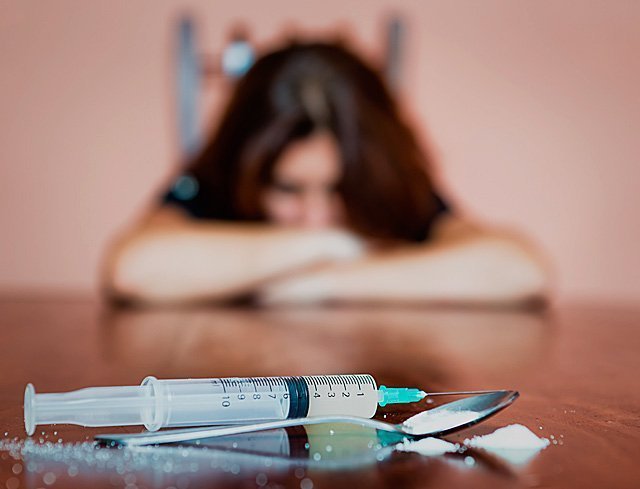 This past Feb. 7, a funeral Mass was held in New York City for a Rochester-area native who was one of the most acclaimed movie actors of his generation.

Exactly two months later, on April 7, a funeral liturgy took place in Massachusetts for a University of Rochester freshman who might someday have achieved similar success.

Philip Seymour Hoffman and Juliette Richard were linked not only by their connections to Rochester and the Catholic faith, but also by their reported causes of death: heroin overdoses. Hoffman and Richard were 46 and 19 years old, respectively.

"It’s really just sad when anybody has their life affected in such a negative way. It destroys their potential," remarked Father Brian Cool, the Catholic chaplain at UR and Rochester Institute of Technology.

The deaths of Hoffman and Richard underscore a recent upsurge — reaching epidemic levels, according to some experts — in heroin abuse and trafficking, both locally and across the United States.

Closely linked to heroin usage is the abuse of prescription painkillers, which, like heroin, are highly addictive and also the focus of a U.S. public-health crisis. SAMHSA reported that nearly 80 percent of first-time heroin users previously had taken prescription pain relievers for nonmedical purposes, and that people ages 12 to 49 who use those pain relievers in such a manner are 19 times more likely to try heroin.

Meanwhile, the Centers for Disease Control and Prevention (CDC) noted that drug-overdose death rates in the United States have more than tripled since 1990 and are at an all-time high.

"There are a lot of drugs coming in (to the country). It’s getting crazier. Everybody’s recognizing that this is an enormous problem," said Jennifer Faringer, director of the National Council on Alcoholism and Drug Dependence’s Rochester-area affiliate, which is an arm of the local DePaul organization.

‘It crosses all boundaries’

Heroin, which is processed from morphine, comes from the same family of drugs as prescription painkillers; all these drugs are known as opioids. Heroin can be snorted, smoked or injected.

People abusing painkiller drugs are especially vulnerable to making the transition to heroin when prescription drugs become unavailable or too costly, Faringer explained.

"These days, I don’t talk about one without the other," she said.

And both prescription drugs and heroin can be lethal when misused. The CDC reported that the number of deaths from opioid overdoses nationwide surged from 4,030 to 16,651 between 1999 and 2010. The CDC added that the legitimate sale of these painkillers has increased by some 300 percent since 1999, thus increasing the odds of addiction and overdose.

However, Faringer observed that efforts to crack down on the legitimate and black-market sale of painkillers can make heroin a more appealing alternative, especially during a period when she said heroin’s availability is increasing.

Currently, "heroin is at its highest potency and lowest cost," Faringer said, remarking that from the perspective of an abuser, making that transition is "a no-brainer." A bag of heroin — often enough for a single dose for a first-time or occasional user — can frequently be purchased on the street for less than $10, compared to more than $100 for a single pill of the prescription painkiller Oxycontin.

Faringer acknowledged that heroin was widely considered taboo even during the drug-friendly counterculture movement of the 1960s, when the narcotic was used mostly by middle-aged, urban men. But in recent decades, she said, heroin has gained much greater mainstream acceptance, particularly among younger people.

However, heroin is not only addictive but also can kill an unsuspecting user if it is tainted or contains a higher purity level than the body can handle. Additionally, those who inject heroin run the risk of contracting hepatitis C and/or HIV from needles.

New York state officials have introduced numerous pieces of legislation in the past year to address sharp increase of both heroin and prescription-drug abuse. Among them have been heightened police pursuit of and penalties for heroin traffickers; monitoring the overprescription of legal painkillers; cracking down on the illegal sale of those painkillers; expanding public awareness of the drugs’ risks; calling for insurance reforms to provide better access to drug-addiction treatment; and increasing access — especially through local and even university police forces — to naloxone, a drug that can reverse the effects of opioid overdose. On Aug. 20, state Attorney General Eric Schniederman announced that 12 SUNY colleges are being equipped with naloxone kits.

Headlines, meanwhile, continue to draw attention to the heroin scourge. In March, New York State Police charged a Livingston County music teacher with stealing several dozen school instruments so she could pawn them to buy heroin. In May, three SUNY Oswego students overdosed on heroin — one fatally — on the same night.

The Oswego student’s death prompted college President Deborah F. Stanley to issue a statement pledging an increase in outreach options for drug abusers. At the University of Rochester, President Joel Seligman released a statement and Father Cool wrote a bulletin column in response to Juliette Richard’s death, pleading with student drug abusers — and those who know such students — to seek appropriate help.

Father Cool told the Catholic Courier that Richard’s death sent shock waves throughout the UR community, perhaps serving as the wake-up call many people needed on a topic he called "a very serious matter that we sometimes trivialize in the culture, on the campus, in the world."

"We learn all the time different things, right? We learn to look at ourselves and choices and behaviors," Father Cool added. "We learn, ‘Oh my God, someone can die from this and someone can get arrested from this.’ Whether we learn fast enough, I don’t know."

Faringer, for her part, emphasized that falling into drug addiction does not have to mean one’s future is ruined.

"There’s help and there’s hope," she said. "We don’t think about the positive side enough. There are people in treatment with long, happy lives."

"What You Need to Know About Heroin," in which the University of Rochester Medical Center provides facts about heroin use and warning signs for parents.

Information from the Centers for Disease Control and Prevention about prescription-drug abuse.

Monroe County OASAS treatment providers; the list is provided through the DePaul organization.