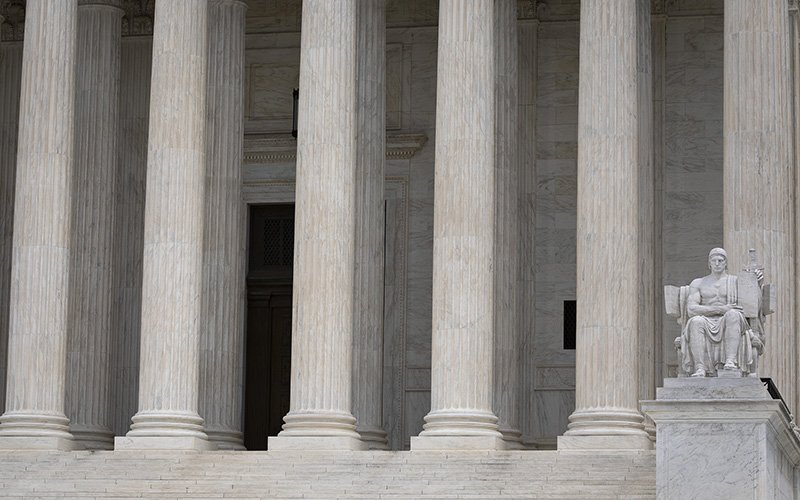 WASHINGTON (CNS) — The U.S. Supreme Court said in a May 17 order that it will hear oral arguments during its next term on a 2018 Mississippi abortion law banning most abortions after 15 weeks of pregnancy.

The case is Dobbs v. Jackson Women’s Health Organization. The court’s term opens in October and a decision is expected by June 2022.

Just after then-Mississippi Gov. Phil Bryant signed the law March 19, 2018, a federal judge blocked it temporarily from taking effect after the state’s only abortion clinic filed suit, saying it is unconstitutional. The U.S. Court of Appeals for the Fifth Circuit upheld the block on the law.

In commending Bryant for his signature, the state’s Catholic bishops, Bishop Joseph R. Kopacz of Jackson and Bishop Louis F. Kihneman III of Biloxi, said: “(We) wish to reaffirm the sacredness of human life from conception until natural death. With Pope St. John Paul II, we recognize abortion as ‘a most serious wound inflicted on society and its culture by the very people who ought to be society’s promoters and defenders.’”

In 2020, the Jackson and Biloxi dioceses filed a friend-of-the-court brief in support of Mississippi Attorney General Lynn Fitch’s petition to the Supreme Court asking it to review the 5th Circuit’s ruling prohibiting the state from enforcing the law.

The high court should clarify current law on abortion “in light of a state’s interests in protecting the sanctity of life,” the dioceses’ brief said.

A number of states have passed laws restricting abortion that have been challenged in court by supporters of legal abortion. Pro-life advocates have been hoping one or more of those laws would be taken up by the Supreme Court as a way to challenge 1973’s Roe v. Wade decision legalizing abortion.

The Mississippi case will be the first abortion case the court will consider since the Oct. 26, 2020, confirmation to the court of now-Justice Amy Coney Barrett, President Donald Trump’s third pick for the court. His first two picks, Justices Brett Kavanaugh and Neil Gorsuch, were on the court when it took up its first major abortion decision since they were confirmed.

The case was a Louisiana law requiring abortion providers to have admitting privileges at local hospitals.

The court struck it down as unconstitutional in a 5-4 ruling. Chief Justice John Roberts joined Justices Stephen Breyer, Sonia Sotomayor, Elena Kagan and Ruth Bader Ginsburg in knocking down the law. Kavanaugh and Gorsuch joined Justices Samuel Alito and Clarence Thomas in upholding the law.

Tags: Abortion, U.S. Supreme Court
Copyright © 2022 Catholic Courier, Inc. All rights reserved. Linking is encouraged, but republishing or redistributing, including by framing or similar means, without the publisher's prior written permission is prohibited.