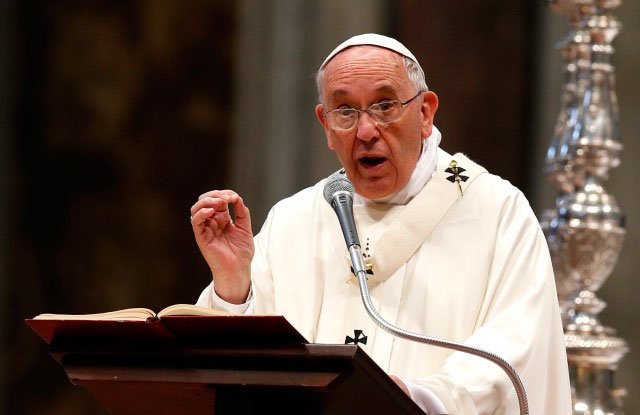 According to "Twiplomacy," a study of the Twitter accounts of world leaders and their retweet rates, U.S. President Barack Obama has the most Twitter followers, but Pope Francis’ @Pontifex is the most influential Twitter account — his average "retweet" and "favorite" rate is more than eight times higher than Obama’s.

Despite his account’s "massive following," the study said, "@BarackObama tweets are on average ‘only’ retweeted 1,210 times. By this standard, Pope Francis — @Pontifex — is by far the most influential ‘tweep’ with 9,929 retweets for every tweet he sends on his Spanish account and 7,527 retweets on average on his English account."

Pope Francis also was determined "most influential" by the study in 2014 and 2013.

And in the category of all-time popular tweets, Pope Francis makes the top three.

Obama’s Nov. 7, 2012, victory tweet, "Four more years," tops the list with close to 750,000 retweets. In second place is the tweet in Arabic sent out by Saudi Arabia’s King Salman in January when he ascended to the throne; 261,000 followers retweeted his text.

Coming in at No. 3 was a tweet sent out in Filipino on Pope Francis’ English-language Twitter account during his January visit to the Philippines, remarking on the youth and vitality of the country’s Catholic community. Almost 75,600 people retweeted the message.

"Twiplomacy" is a study carried out annually by the public relations and communications firm Burson Marsteller. The statistics are based on data gathered March 25. The results were published April 28.

In examining the statistics of heads of state and government, the study said some 86 percent of the 193 U.N. member countries have an official presence on Twitter, and 172 heads of state or government, including Pope Francis, have personal accounts on the social network.

In their study, Burson Marsteller added together the number of followers on Pope Francis’ nine different language accounts and came up with a total of more than 19.5 million followers.