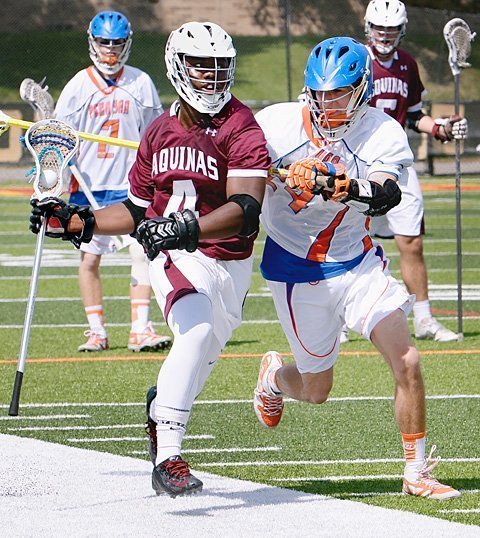 The top-seeded Crusaders earned the Section 4 Class C title with a 3-2 win over No. 3 seed Tioga in the title game May 30. Brooke Harvey’s single in the bottom of the seventh inning brought home Mackenzie Mahajan with the deciding run. ND had gotten to the final by winning 11-0 over No. 8 Moravia in a quarterfinal game May 26 as Alivia Clark threw a two-hitter, followed by an 8-2 semifinal victory over No. 4 Sidney May 28 as Notre Dame enjoyed a four-run sixth inning.

In state-tournament play, the Crusaders rode a nine-run third inning — which included a grand slam by Clark — to a 15-4 win over Sandy Creek of Section 3 in quarterfinal action June 5. Notre Dame then gained a 1-0 win over Chester of Section 9 in a semifinal matchup June 13 as Mahajan delivered a seventh-inning single to bring home Ally Wichtowski with the game’s only run.

In the state final played later on June 13, ND was dealt a 9-3 defeat by Addison of Section 5. The Crusaders only trailed 3-2 before surrendering four runs in the fifth inning. Notre Dame was bidding for its second state title, with the first coming in 2011. The team finished its 2015 season with a 21-3 record.

The Knights captured the Section 5 Class AA title in impressive fashion, winning 2-0 over 12th-seeded Rush-Henrietta May 28 as Henry Buholtz threw a no-hitter. He struck out 16 for the second-seeded Knights and survived a bases-loaded jam in the seventh.

McQuaid had advanced to the final by winning 11-2 over No. 7 Gates-Chili in quarterfinal play May 22, followed by a 10-3 decision over No. 3 Hilton in the semifinals May 26.

The Knights’ season came to a close June 6 with a 4-3 loss to Orchard Park of Section 6 in state Class AA quarterfinal play. McQuaid rallied from an early 3-0 deficit to forge a 3-3 tie, but surrendered the winning run in the bottom of the seventh. The Knights’ final record was 20-4.

The Little Irish, seeded No. 5 in Section 5 Class A2, rallied from a 6-0 deficit for a 12-8 win over No. 2 Geneva in the title game May 28. Aquinas amassed 19 hits, with Vanessa Parrotta hitting a pair of three-run doubles to finish with six RBI.

Previous sectional wins for Aquinas were 13-1 over No. 4 Batavia in the quarterfinals May 22 behind Jordan Ott’s two-hitter, and 9-1 over No. 8 Wayne in semifinal play May 26 as Ott went 3-for-3 with five runs batted in.

Aquinas’ season ended in the state Class A qualifier May 30 with a 9-4 loss to Pittsford Mendon. The Irish were tied 4-4 after four innings before giving up the final five runs. AQ’s final record was 13-10.

The Knights won the Section 5 Class A title May 21, with their 309 total edging out runner-up Pittsford Mendon by one stroke. Patrick DiPasquale shot an even-par 71, Connor Raeman and Colin Dubnik each totaled 79, and Peyton Steigerwald added 80.

Notre Dame won the Section 4 Class D title May 21. The Crusaders carded a 425 in the 10-team tournament, with the next closest finisher, Gilboa-Conesville, placing 24 strokes back. Zach Brand led Notre Dame with a three-over-par 75 to finish second individually after winning the previous two Class D titles.

Brand went on to tie for 42nd at the state tournament, shooting 80-81. Also highlighting ND’s season was its 14-0 record in regular-season play.

Aquinas boys’ lacrosse reached the Section 5 Class C final. The Little Irish, seeded third, won 7-6 over No. 6 Geneva in quarterfinal action May 20 as Terrance Richards scored three goals, and 15-5 over No. 10 Newark in the semis May 23 as Richards had four goals and Elliott Clemmons added three. In the final held May 27, the Irish fell 12-2 to top-seeded Penn Yan after falling behind 7-0 at halftime. Aquinas’ final record was 12-7.

Bishop Kearney baseball made the Section 5 Class C Final Four. The Kings, seeded seventh, won 9-4 over No. 10 Batavia Notre Dame in their opening game May 20 and 7-5 over No. 2 Oakfield-Alabama in quarterfinal play May 22, then lost 13-3 to No. 3 Geneseo in the semifinals May 26 to finish with a 13-7 mark.

Notre Dame baseball reached the Section 4 Class A semifinals. The third-seeded Crusaders won 4-0 over No. 6 Unatego in the quarterfinals May 21 before being stopped by No. 2 Tioga, 5-4 in 12 innings, in a semifinal game May 26. ND ended up with a 12-5 record.

Our Lady of Mercy girls’ track boasted three first-place winners at the Section 5 Class A meet, with Emem Ikpot winning the 200 and 400 meters, and Alana Morrow taking the 400 hurdles.

Notre Dame boys’ track got a first place from Garrett Butters in the 3,200 run at the Section 4 Class C championships.

McQuaid boys’ tennis finished the season with a 10-6 record, going unbeaten in the RCAC League at 6-0 and reaching the Section 5 Class A semifinal.