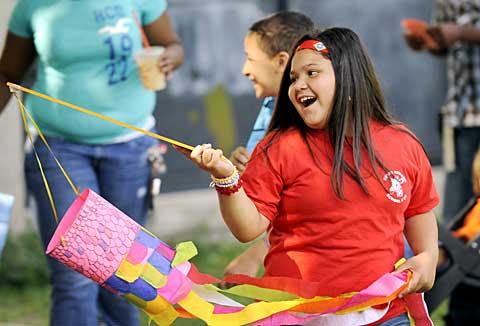 ROCHESTER — For the past two years, the leadership of the Rochester City School District’s bilingual-instruction program has been in flux.

And during those years, Superintendent Jean-Claude Brizard has appointed directors who are not Latino, a point of contention for the largest population served by the department for English Language Learners that oversees bilingual programs. While the head of the bilingual council is pleased that the current interim director speaks Spanish, the group seeks a sense of consistency and continuity for Latino students — who represent the largest minority group in the district — that has been lacking in that department.

A district spokeswoman said a new director should be appointed this month. In the meantime, Miriam Ehtesham-Cating stepped in as acting director earlier this spring — and has applied for the job — because the superintendent did not want to leave such an important position vacant, Ehtesham-Cating explained. That move also serves as an example of Brizard’s commitment to the district’s non-native English students, she noted.

"It’s a misunderstanding, but I completely understand why the misunderstanding would’ve been held … that another acting person would be seen as a negative, a lack of caring and a lack of commitment," noted Ehtesham-Cating, who has met with Sabastro. "To tell the truth what ‘acting’ really signaled was let’s get someone in this position in here and begin doing the work right away … so the work of the department wouldn’t come crashing to the ground."

Part of that work is adding bilingual programs to the city’s existing and new high schools beginning this fall, she said, which also demonstrates a commitment to improving services for English-language learners (ELLs). Previously, bilingual students have been relegated primarily to one of two high schools: James Monroe High School or Thomas Jefferson High School.

As part of the superintendent’s strategic plan "we’ve made a lot of moves to equalize the distribution of ELLs generally around the district to open up more opportunities (for students in the upcoming school year)," she said. "So that it wouldn’t be a foregone conclusion that if you’re a secondary ELL, you’re going to Jefferson or Monroe (high schools)."

Although Spanish speakers do represent the largest group served by her department — 2,278, or 66 percent, of 3,431 students in bilingual and ESOL instruction — Ehtesham-Cating noted that the issue of bilingual education does not pertain only to Latinos. There are a total of 56 different first languages spoken by ELL students in the district, she said, and if, for example, a Somalian student wants to be a firefighter, that student should be able to attend East High School for that specific vocational program.

"We want speakers of every language to have access to a whole range of programs," Ehtesham-Cating said. "When he (Brizard) speaks of equality for all ELLs, that’s exactly what he means."

"It’s a step in the right direction," she said of the additional secondary programs. "But we need more. … There are many needs."

Adding these high-school language services is the direction that the district needs to continue in as it strives to develop the right models for its increasingly diverse population of English-language learners, according to José Cruz, a school board member.

"The issue is much more a global issue than isolated bilingual programs: It’s how to make sure we integrate our kids into every new high school," Cruz remarked. "What I don’t want to see is our kids being isolated in the corners of the district. You don’t want that either. You want them to socialize, learn from other kids and take advantage of other programs."

Schools at all levels continue to evaluate the language models employed in their buildings. At Lincoln School No. 22, the staff in recent years moved away from a dual-language model, where all subjects are taught in both languages, to a more traditional bilingual program promoting literacy in both languages at all grade levels, Principal Clinton Bell said June 21 following a bilingual kindergarten graduation ceremony. Northeast College Preparatory School, which opened four years ago, added ESOL and bilingual teachers last year to expand the opportunities for Latino students who were interested in the more rigorous academic program available at the school, said Principal Mary Aronson.

"The more Spanish students know, the more English they’re going to learn," Bell said research has proven. "It opens more doors for them in the future."

And while other states such as Arizona, California and Massachusetts have moved away from bilingual education and focused on English immersion programs, Rochester and other districts throughout New York state remain committed to expanding opportunities for its English-language learners, Ehtesham-Cating emphasized.

"We are extraordinarily fortunate … that whenever those English-only people try to come to New York state, they’ve been turned away," she said, referring to such groups as ProEnglish that advocate for the end of bilingual education. "We’re really strongly pro-bilingual education in our state. … The research supports it; there’s nothing to argue about anymore. And yet because this issue is tied into a particular consciousness that is political and isn’t based on research and looking at what’s best academically, … (bilingual education opponents) look at politics and identity issues. People misperceive this across the nation."

Schools enrolling Latino students also have become more segregated, according to an article at www.jrank.org/cultures/pages/3643/Bilingual-Education.html that cites a study of California Spanish-speaking, limited-English-speaking students between 1985 and 2000. The study found that these children increasingly attended schools with low-income, minority and other native Spanish speakers with limited English proficiency — more than did other limited-English- and native-English-speaking students — because of district-level patterns of segregation by income, race or ethnicity, and language.

"Chicano and Chicana, Puerto Rican, and other Latino and Latina communities are still asking for high-quality educational services through which their children can learn, understand the language of instruction, and be understood in the classroom," the article states. "Bilingual education was an option for the last third of the twentieth century, and has been much reduced as an option in the early twenty-first century."

While Rochester is not in that category of reducing bilingual programs, incidents did come up last year where students were left without services, Ehtesham-Cating acknowledged. As the director of English for Speakers of Other Languages (ESOL), she worked throughout the year to find a paraprofessional to work at a school where one of the incidents took place and provide personal support for the group of new students who spoke Spanish only.

It’s a situation that illustrates the district’s need to be "proactive instead of reactive," she added.

A native of North Carolina, Ehtesham-Cating said that her experience growing up in Iran and coming to Rochester as a refugee gives her insight into the plights of immigrant students in the district. She also has lived in Honduras and speaks Spanish, which is a must for the new director, said Sabastro, noting that she is pleased with Ehtesham’s fluency.

"The most important thing is, as the representative for the bilingual council, that the (director) speak Spanish, be conscious of our culture and respectful of the Latino culture," Sabastro added.

Ehtesham-Cating has a long history with bilingual instruction and helped develop the Learning through English Academic Program (LEAP) at John Williams School No. 5 and the dual-language program at Audubon School No. 33. She left the district in 1999 for four years to head the graduate Teaching English to Speakers of Other Languages (TESOL) program at Nazareth College where she obtained a grant that led to the addition of a bilingual extension program.

She said her long-term vision is to provide more services for speakers of any language in any building in the district. But dismantling what doesn’t work and creating a new vision won’t happen overnight.

"That’s our charge as educators," Ehtesham-Cating said. "We want to educate bilingually; that’s the best chance everybody knows (for students) to be successful."