Historic site was home to Crusaders, others - Catholic Courier 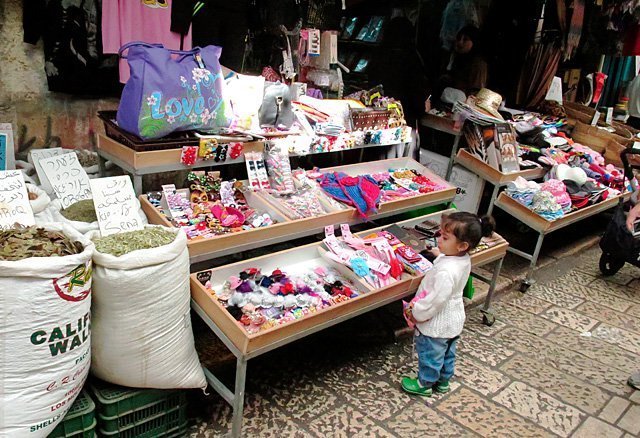 A walk through an open-air bazaar is part of a tour through Crusader tunnels in the ancient port city of Acre, also known as Akko.

ACRE — Old Acre, also known as Akko, has been a continuously active port city for more than 4,000 years in the northern coastal region of Israel.

Beneath its foundations, archaeologists have discovered an ancient city originally built by Crusaders more than 900 years ago, according to Israeli tour guide Gideon Har-Hermon. The area is recognized as a UNESCO World Heritage site.

More than 95 percent of the underground city is well-preserved. It is thought to have measured 1.5 square miles and housed 35,000 to 40,000 people, Har-Hermon said. Since the United Nations created the nation of Israel in 1948, city officials have been excavating and clearing out debris from the city "room by room," the tour guide said. The church above the Crusaders Street has yet to be excavated. And the Templar Tunnel was discovered by accident, he explained, when an archaeologist was digging in a room above it. The Templars were guardians of the Temple Mount in Jerusalem before its conquest by Muslims in 1187, according to http://akko.org.il.

A walk through the tunnels shows how the Crusaders were able to walk their horses and donkeys through to bring in supplies. Another tunnel served as a sewer channel off an area in which a visitor can see the ruins of a public bathroom.

The remains of the Crusader site have been left untouched, including a large dining hall that could have housed about 1,200 people.

The country’s first hospital also was built on the site, which served as a gateway to the Holy Land, Har-Hermon said.

"The size of the city was bigger than London in the Middle Ages," he said. "And they used the place for almost 200 years."

The Crusaders were later overcome by Muslims. They retook the city in a campaign led by Richard the Lionheart late in the 12th century. During those campaigns, the Crusaders also asked the navy from Pisa to assist by sea as the Crusaders — from France, England and Germany — came by land, explained Har-Hermon.

After three subsequent sieges by the Muslims, Akko fell again and the Ottomans built a city on top of the Crusader fortress, which in turn had been built on the foundations of ancient Jewish and Muslim cities, he said.

The Crusader tunnels now lead visitors out to a Turkish bazaar, offering goods ranging from fish, falafels, and fruits and vegetables, and souvenirs for sale, and then to an open-air area overlooking the Mediterranean Sea. A walk around a massive courtyard also includes the sounds of music blaring from public speakers as the Islamic call to prayer.