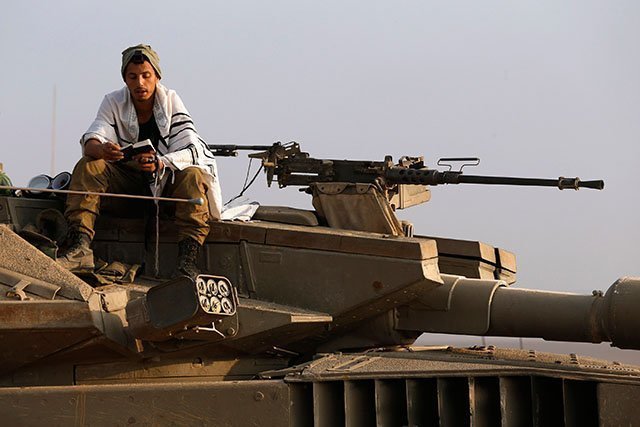 The Bethlehem Catholic tour operator said four large pilgrim groups scheduled to arrive in the coming weeks canceled, and he had Palestinian customers who were scheduled to fly out on family vacations to Europe but were unable to do so. Though their airline tickets might be refunded, most of their reservations at hotels and attractions in Europe were nonrefundable, he said.

Mousallam said he was scrambling to try to find his customers flights out through Jordan or one of the few airlines still flying out of Ben Gurion, but everything was booked.

"Today there are no flights abroad (available). I don’t know what will happen," he told Catholic News Service July 23. "This is difficult; all the deposits have been paid and we have to reimburse our customers. We are praying for peace for all people. Bethlehem, Jerusalem, Gaza, Tel Aviv … families are suffering all over. It is not good for anybody. But we are optimists and know peace will reign on earth someday."

The House of Abraham (Maison d’Abraham) guesthouse supported by Caritas France has been empty since the start of Israeli airstrikes in early July, said financial director Johnny Awad. Three groups of 150 people who were scheduled to arrive have canceled, and he only has reservations for October.

"This season is already lost," he said. "It is this way all over Jerusalem, there are cancellations. We have expenses but no income."

He said the guesthouse would pay its 15 employees their salaries for July, but would need to make some cuts in August with no income coming in.

An unidentified priest at the Church of All Nations at the foot of the Mount of Olives said he had seen no change in the number of pilgrims at the holy site.

"Everyone who is scheduled to be here has been here," he said July 23.

Israeli Tourism Minister Uzi Landau opened a situation room and held consultations with the foreign and transport ministers. He told officials to offer accommodation solutions to any of the thousands of tourists and pilgrims whose flights were canceled and whose airlines were not providing them with accommodations. The government also opened a 24-hour hotline for tourists experiencing difficulties in Israel as a result of the flight cancellations.

In a press release, the ministry that 209 flights would operate out of Ben Gurion airport July 23. The same day, the U.S. Federal Aviation Administration extended its ban on flights to Ben Gurion for another 24 hours.