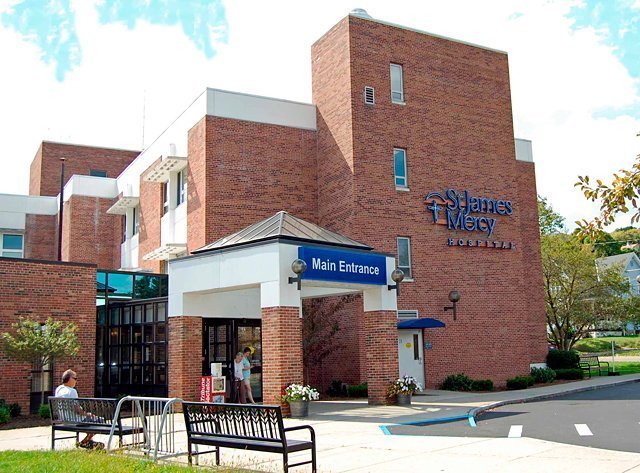 The main entrance to St. James Mercy Hospital in Hornell is visible in this provided photo. Governor Andrew Cuomo announced March 4 that the hospital will receive $54.9 million in funding for a new facility and to assist with regional planning efforts underway with UR Medicine.

With a March 4 announcement that it is to receive $54.9 million in state funding, officials of Hornell’s St. James Mercy Hospital say they now have the financial means to build a new hospital.

The $54.9 million, which was approved by Gov. Andrew Cuomo, is being allocated through the state’s Essential Health Care Provider Support Program. Cuomo’s approval was the culmination of several formal funding requests by St. James Mercy officials, beginning in early 2015. 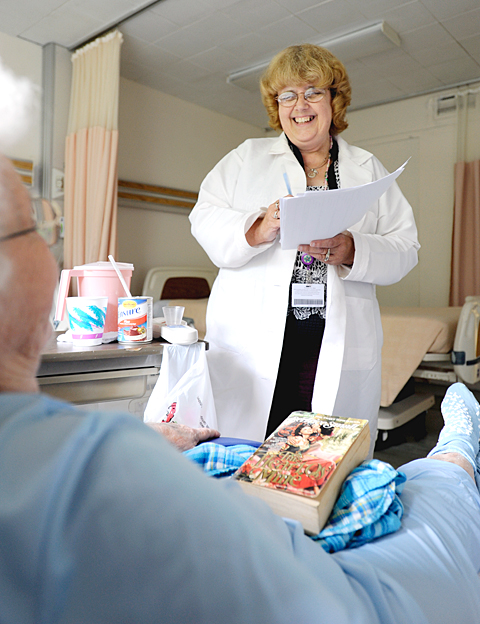 Founded in 1890, St. James Mercy is one of two Catholic hospitals in the Diocese of Rochester; the other is St. Joseph’s Hospital in Elmira.

Jennifer L. Sullivan, president and CEO of St. James Mercy, said she responded with momentary disbelief when state Sen. Thomas F. O’Mara (R-Big Flats) called her March 4 to tell her the funding had been approved.

"I said to him, ‘What did you say?’ I made him say it twice," she recalled with a laugh.

Sullivan said the $54.9 million from the state will go toward hospital construction as well as updating the computer infrastructure at St. James Mercy. Sullivan said she hopes groundbreaking for the new hospital to begin later this year with completion by 2018.

She said the new facility is planned for construction on Bethesda Drive in North Hornell, and that she does not know yet what will become of the existing hospital at 411 Canisteo St. in the western Steuben County city.

The announcement of state funding marks a new chapter in a series of significant moves by St. James Mercy during the past year. In May 2015 the hospital ended its affiliation with Trinity Health, a national Catholic health network, and assumed independent status. One month later, St. James Mercy officials announced plans to seek a formal affiliation with UR (University of Rochester) Medicine. Sullivan said the proposed affiliation was part of a transition toward forming "a regional network of rural health-care delivery in which we decrease our costs and increase our quality, ensuring a financially viable and sustainable future."

Final decisions on an affiliation between St. James Mercy and UR Medicine will be made by the University of Rochester’s board of trustees and the state Department of Health. Sullivan noted that acquiring state funds for a new hospital was a major part of the university’s criteria for a partnership to move forward.

"This was a huge one. I can tell you, this was a tremendous step," Sullivan said.

Sullivan thanked several state legislators who have helped pave the way for solidifying the hospital’s future, and she gave special credit to St. James Mercy’s employees for their dedication during a period fraught with uncertainty.

"It’s been a long, hard road for all of them, but they kept their chins up," Sullivan said. "I thank them from the bottom of my heart."