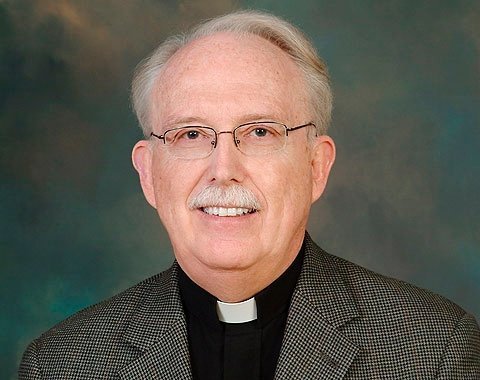 Though he started out in parish and campus ministry, serving in health-care facilities ultimately became Father Terence Fleming’s niche as a priest.

"I’ve really loved hospital ministry. I kind of grew along with it and received more responsibility," Father Fleming said. "The hospital is a place where people truly, at times, come to grips with their faith, their mortality — a time they call upon God in their lives. It was really an honor to journey with them."

Father Fleming, 70, retired as a hospital administrator in May 2011 and officially retires as a priest of the Diocese of Rochester this year. The Rochester native grew up in Sacred Heart Cathedral Parish and attended Aquinas Institute, then St. Andrew’s and St. Bernard’s seminaries. He went on to receive a doctorate of ministry in family systems/pastoral counseling from Colgate Rochester Divinity School.

Father Fleming was ordained at the cathedral June 3, 1967, by Bishop Fulton J. Sheen. He then served as assisting priest at St. Jerome Parish in East Rochester from 1967-72. That first priestly assignment holds particularly fond memories for him — "the excitement of priesthood and the newness of it," he recalled.

In 1985 he became chaplain of Rochester’s Genesee Hospital, serving there for three years; and from 1988-92 he was pastor of St. Charles Borromeo Parish in Greece. In addition, he was a therapist for Catholic Family Center from 1984-89.

For the past two decades, Father Fleming has ministered outside the Rochester Diocese. From 1992-2006 he was director of pastoral care for several health-care facilities in the BayCare Health System in the Tampa/St. Petersburg, Fla., area. Then, from 2006-11, he was vice president of mission for Roper St. Francis Healthcare in Charleston, S.C.

Father Fleming currently resides in Largo, Fla., where he helps out at St. Matthew Parish. He also is active at Our Lady of Divine Providence House of Prayer in Clearwater.

The priest of nearly 45 years said he maintains many ties with folks in this diocese, with the favorable Florida climate guaranteeing a steady stream of friends.

"I try to come back (to Rochester) at least every couple of years, but what happens is they all want to come here in the wintertime and visit," he remarked.