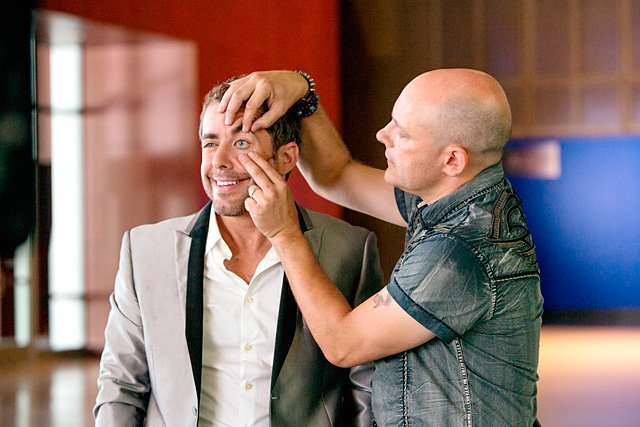 NEW YORK (CNS) — Heeding neither logic nor taste, "Hot Tub Time Machine 2" (Paramount) is as glaringly stupid as it is vile.

The inane proceedings of director Steve Pink’s follow-up to his 2010 original find crass business tycoon Lou (Rob Corddry), his schlubby, resentful son Jacob (Clark Duke) and his best pal Nick (Craig Robinson) attempting to transport themselves into the past once again using the device of the title. Their mission is an urgent one, given that Lou has been shot in the crotch by an unknown assailant and the wound is about to prove fatal.

By turning the clock back, they hope to identify the would-be assassin and forestall the attack. Instead of revisiting bygone events, however, the trio inadvertently ends up 10 years into the future. There, they cross paths with Adam (Adam Scott), the offspring of a character from the first outing.

They also encounter some theoretically humorous cultural developments. Prominent among these is a television game show on which audience members can vote to compel contestants to engage, via virtual reality, in a variety of dares, including unwanted sex acts.

Since this gives Lou the chance to nominate Nick for a simulated homosexual encounter — dude, you’ve been punked! — adolescent homophobes will, no doubt, be left in stitches.

Screenwriter Josh Heald incorporates a few by-the-numbers life lessons, as when Jacob discovers that his hated dad isn’t so awful after all. But these momentary, inept bids for seriousness feel just as clumsy as every other aspect of his slapdash script.