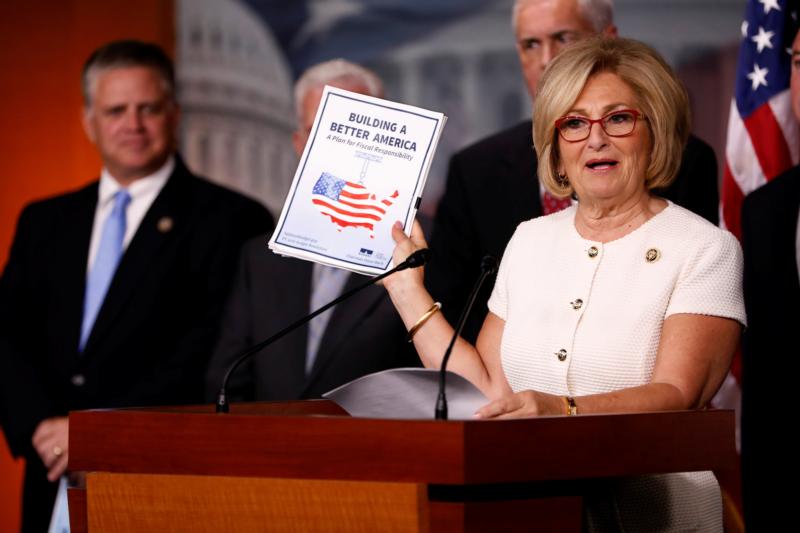 WASHINGTON (CNS) — The U.S. House budget resolution “will place millions of poor and vulnerable people in real jeopardy” because it reduces deficits “through cuts for human needs” and by trying to slash taxes at the same time, said the chairman of the U.S. bishops’ domestic policy committee.

“A nation’s budget is a moral document,” said Bishop Frank J. Dewane of Venice, Florida, chairman of the U.S. Conference of Catholic Bishops’ Committee on Domestic Justice and Human Development. “Congress should choose a better path, one that honors those struggling in our country.”

Bishop Dewane’s July 20 statement was issued in response to the budget resolution that was voted out of the House Budget Committee along party lines July 19.

It makes at least $203 billion in cuts over a decade in Medicaid, food stamps, tax credits for the working poor and other programs that help low-income Americans. The bill also would change Medicare into a type of voucher program for future retirees.

“The USCCB is monitoring the budget and appropriations process in Congress very carefully, and is analyzing the proposed House budget resolution in more detail,” Bishop Dewane said. “We note at the outset that the proposal assumes the harmful and unacceptable cuts to Medicaid from the American Health Care Act.”

In the House budget resolution, “steady increases to military spending … are made possible by cutting critical resources for those in need over time, including potentially from important programs like SNAP (Supplemental Nutrition Assistance Program) that provide essential nutrition to millions of people,” Bishop Dewane said.

“This would undo a bipartisan approach on discretionary spending from recent years, that, while imperfect, was a more balanced compromise given competing priorities,” he added.

Dominican Sister Donna Markham, president and CEO of the national Catholic Charities network, urged House members “to prioritize and protect programs that support and uplift the poor and vulnerable in our country.”

“While CCUSA supports the responsible use of our nation’s fiscal resources and has worked consistently to improve effectiveness in anti-poverty programs, reforms that seek only to cut our nation’s social safety net will further strain efforts to meet individual needs and risk pushing more Americans into poverty,” Sister Markham said July 20.

She made the comments in a letter to Rep. Diane Black, R-Tennessee, who is chair of the House Budget Committee, and Rep. John Yarmuth, D-Kentucky, ranking member.

Sister Carol Keehan, a Daughter of Charity, who is president and CEO of the Catholic Health Association, also wrote to Black and Yarmuth expressing her opposition to the budget resolution.

“As an organization guided by the social teachings of the Catholic Church, we firmly believe that the federal budget should be informed by moral principles and offer special protections for the poor and vulnerable,” she wrote July 18, the day the measure was unveiled.

“A budget must be fair and just and cannot be balanced on the backs of those among us who least can afford it,” Sister Keehan said. “We recognize that the proper role of federal spending programs should be to lift up the neediest among us enabling them to active participants in society.

“Unfortunately, the deep cuts in programs and services assumed by this budget proposal will severely reduce or eliminate access to basic necessities such as food, shelter, health care, education and other social supports that help lift families and individuals out of poverty and improve their health outcomes,” she said.