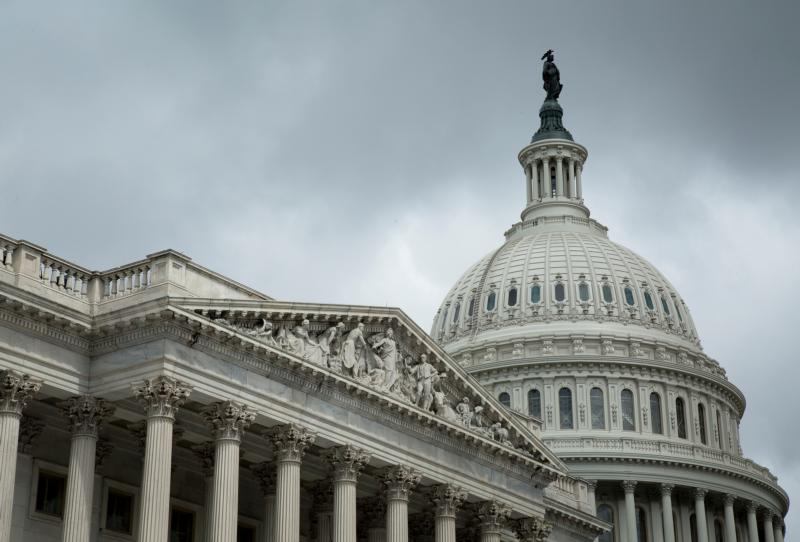 The U.S. Capitol in Washington is seen June 7.

WASHINGTON (CNS) — The House passed a bill July 12 that puts more than $500 million over the next four years into efforts to fight labor and sex trafficking both in the United States and abroad.

The bill — named after Frederick Douglass, who escaped slavery and became an abolitionist — now goes to the Senate.

“According to the International Labor Organization, nearly 21 million people in the world are enslaved — most of them women and children,” said Rep. Christopher Smith, R-New Jersey, author of the bill, during House debate.

“Every human life is of infinite value. We have a duty to protect the weakest and most vulnerable from harm.”

“The majority of underage trafficking victims are girls in foster care, where the average age of a girl entering into sex trafficking is 12,” said Rep. Karen Bass, D-California, a co-sponsor of the bill. “One of the major reasons girls cannot escape is because they do not have housing. This is a good step forward and required at every level of government to stop and prevent child sex trafficking.”

The Department of Homeland Security would get $44 million to investigate and dismantle international trafficking rings, investigate U.S. citizens who abuse trafficking victims abroad, and encourage enforcement of the Tariff Act of 1930’s import ban on goods made with forced labor.

Among the initiatives the State Department would undertake with its $180 million would be to support the training of U.S. and foreign law enforcement officials to better combat human trafficking; engage diplomatically with countries to help them improve their trafficking laws and implementation; help countries develop better referral and assistance programs for rescued sex and labor trafficking victims; and create a special complaint mechanism in embassies whereby the U.S. is warned of traffickers exploiting the U.S. entry system.

The Department of Justice would get $161 million to, among other things, prosecute and convict traffickers, support FBI investigations into trafficking, and buttress state and local law enforcement for anti-trafficking programs, including combating child sex trafficking.