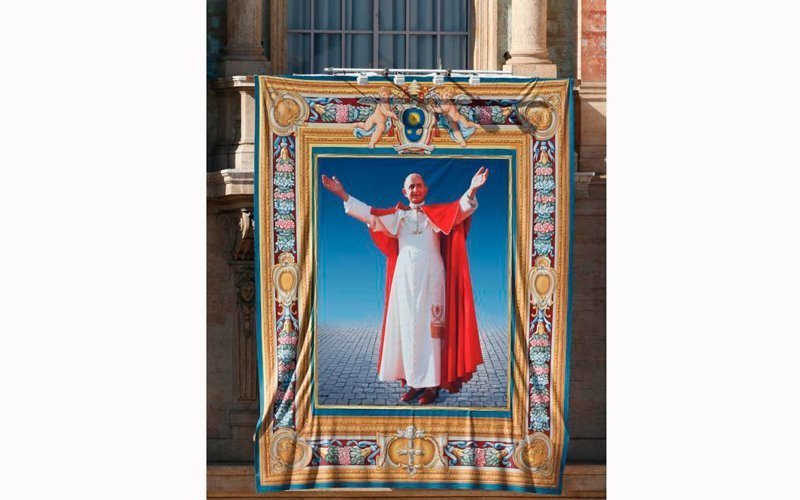 VATICAN CITY (CNS) — His voice, his outstretched hands, his boarding an airplane to meet the world — those are some of the most striking things about Blessed Paul VI that moved and inspired a young man discerning the priesthood.

“I still remember his voice when we would hear him on television,” Bishop Pierantonio Tremolada of Brescia told Catholic News Service by telephone Oct. 8.

was such a unique voice, very heartfelt, authoritative, the voice of a good man,” said the 62-year-old bishop who grew up and was ordained in Milan — the archdiocese Pope Paul led before he was elected pope in 1963. Once again crossing the pope’s path, Bishop Tremolada has — since 2017 — been leading the Diocese of Brescia where the pope was born.

The bishop will be among those concelebrating Mass and attending the canonization of Blessed Paul and six other men and women in Rome Oct. 14. More than 5,000 Catholics from Brescia signed up to travel with the bishop for the ceremony.

The saint-to-be is a particularly suited example for young people, Bishop Tremolada said from his office in Brescia, because he exemplified a youthful optimism, hope, curiosity and openness to the world and the future.

“He offers us an example with his esteem, his love for the world,” the bishop said. That love was especially evident at the Second Vatican Council and in its pastoral constitution, “Gaudium et Spes” (Joy and Hope), revealing a church eager to engage with everyone and share the good news.

The document “explains Paul VI’s approach very well — not to run away, not be defensive, but wanting to know and dialogue with the world, offering it the Gospel for the good of the world,” the bishop said.

This desire to contribute and speak sincerely with others “is very much in line with young people,” he said.

The pope’s love for the world was rooted in Christ, “being in communion with him, the conviction he is the savior,” which is still “very timely” today in reaching out and responding to young people, he said.

When asked what it was about the pope that struck or impressed him most as a young person growing up, Bishop Tremolada said it was his voice and the way he spoke “with words that were not his, but were important” and aimed at everyone.

“It was a voice that proposed, not imposed, meek but authoritative,” he said.

And his hands. The way he reached out toward people” is another image that still remains with him, he said.

“Now as a bishop, the things I would like to emulate about him are his ability to dialogue,” his ability to “read” and understand the world, his great humility and the reserved, inner strength that inspired him to offer “the gift of the Gospel,” he said.